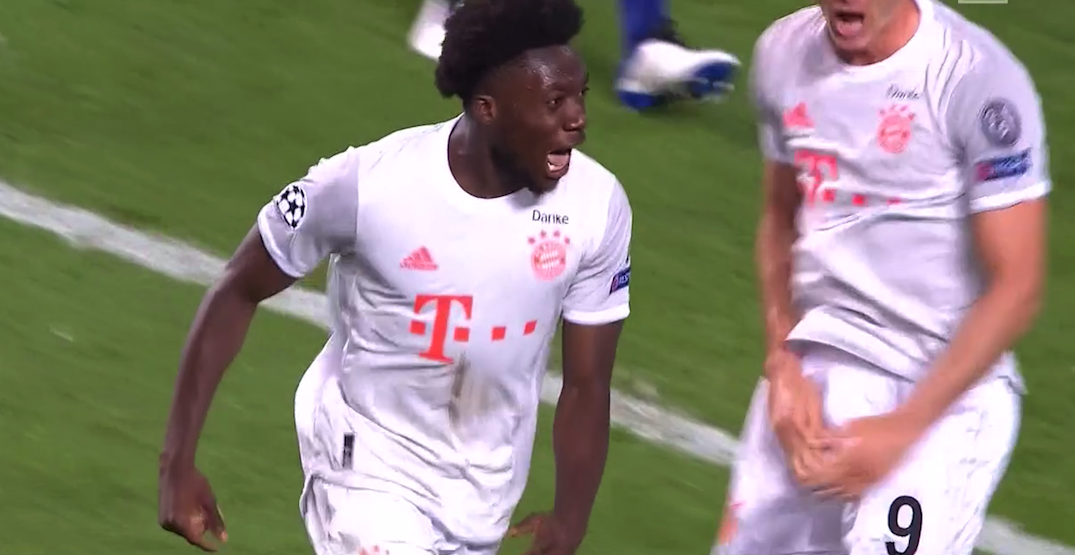 Alphonso Davies has arrived on the global stage.

The 19-year-old Canadian soccer star just wowed fans from around the world setting up a world-class goal in the Champions League quarter-final.

The former Vancouver Whitecaps midfielder who now stars as a left back for Bayern Munich in Germany, Davies’ assist on Bayern’s fifth goal was truly amazing.

Davies danced past two FC Barcelona players before blowing by a defender and setting up a teammate for Bayern’s fifth goal of the match. I repeat, he did this against FC Barcelona, one of the best teams on the planet.

Bayern won the match 8-2 and will play in the Champions League semi-final on August 19.

It’s been a superb season for Davies, who has taken his game to another level. A key player on Bayern’s Bundesliga championship squad, Davies is now widely considered one of the best left backs in the entire world.

Not only did Davies star on the world stage, he did so playing against one of his idols, Lionel Messi.

This is a dream come true for Davies, who said in 2018 he was most looking forward to playing in Champions League matches prior to making the move to Europe.

“At a very young age, every time you hear that [Champions League] song come on, you know something special is about to happen,” Davies told Daily Hive two years ago.

He just made it more exciting.

The @MLS academy product Alphonso Davies, is the best left back in the World right now.

7 months after starting in the position full-time for Bayern.

Alphonso Davies breaking the internet and Nélson Semedo. All of the filth 🔥

Alphonso Davies is a generational talent.

That's one of the best assists you'll ever see! 🔥🔥🔥

Me wondering how Alphonso Davies just did that to Barcelona defenders…… #FCBFCB #UCL pic.twitter.com/ZKbaQuHznO

Four separate feints/dummies in one assist, from Alphonso Davies

Alphonso Davies has been better offensively than Lionel Messi today. He's a defender.

Lisbon police have an APB on one Alphonso Davies for allegedly "swallowing a man's soul."

Alphonso Davies, take a bow! What a player!

The best player in the world … Getting helped up by Lionel Messi 😉 pic.twitter.com/YjoZcJ2ffc