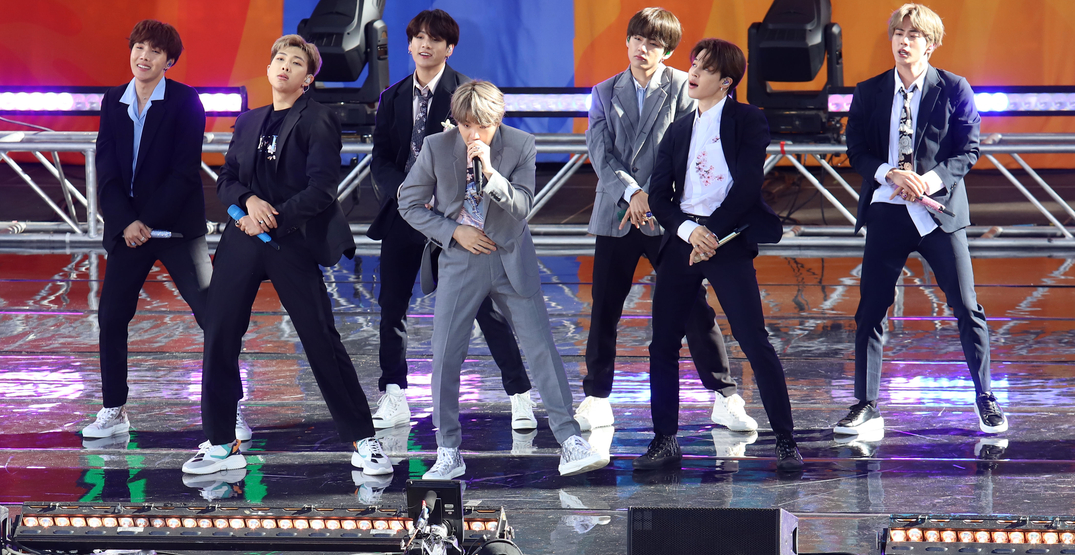 Global K-pop superstars BTS have announced they will be performing seventeen shows this spring as part of their North American and European Map of the Soul tour.

This year’s outing follows their 2019 world tour, which sold out six stadium shows in the US in minutes.

Fans were quick to note that on their tour schedule, June 13 and 14 have not yet been announced, and several BTS Army members are hoping that it’s Seattle.

In a past interview, Namjoon mentioned that the band would love to tour states such as Seattle, Oregon, and Alabama, leading fans to think that they may actually stop by Seattle this time. Some have even gone so far as launching an online petition in the hopes of making it happen.

President Joon had everyone in Seattle believing they’d make a stop here, and yet we aren’t on the tour dates. I don’t know about you guys, but I think this calls for impeachment. #BTSinSeattle #BTSTOUR2020 #BTS pic.twitter.com/AkXHjSTlhT

look. if BTS comes to seattle? imagine centurylink field, THE LOUDEST STADIUM IN THE NATION filled with ARMY chanting… the city hears us??? the space needle lit up purple? holy shit it would be legendary. #BTSinSeattle

BTS FUCKING COLLABORATED WITH STARBUCKS??? JOON SAID HE WANTED TO COME HERE????? i hate it here. all men do it LIE pls bts pls come to seattle WE LOVE U grrr

Me thinking bts will come to Seattle after namjoon mentioned it in that one interview:#BTSinSeattle pic.twitter.com/pGEMAMOQKv