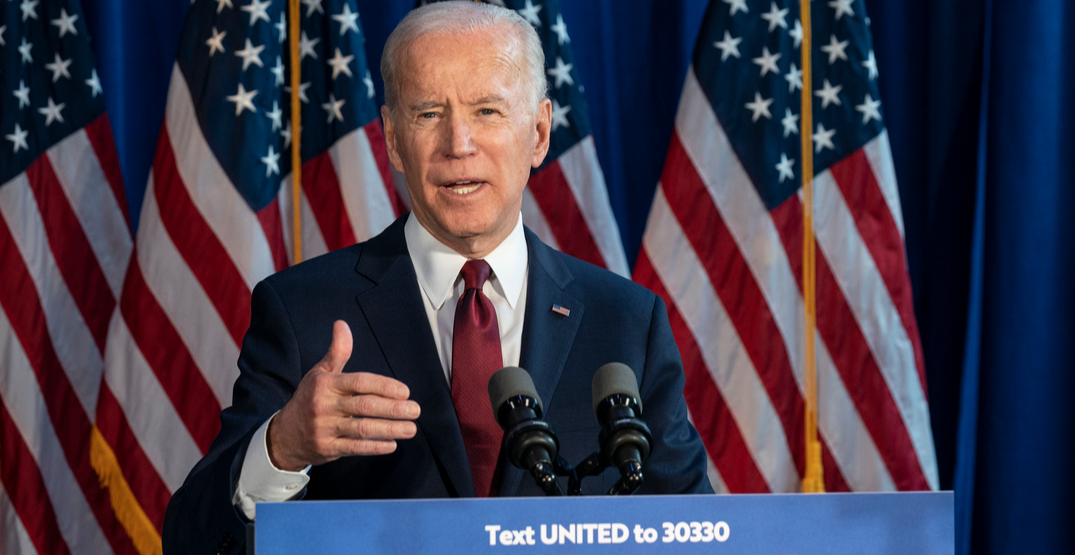 In a speech to reporters on Wednesday, Joe Biden revealed that although he’s not officially declaring that he’s won the US election, he believes that he will be the winner.

“We’ve been winning 75% of the mail-in votes,” he said, confident that many more will come streaming in.

He told reporters that he is currently leading the popular vote with nearly three million votes and that he and Senator Harris “are on track to win more votes than any ticket has ever won.”

“It’s been a long and difficult campaign, but it’s been a more difficult time for our country,” he said. “We’ve faced hard times before. Once this election is finalized and behind us, we’ll have to put the harsh rhetoric of the campaign behind us.”

Biden focused the rest of his speech on coming together as a country, urging Americans to “stop treating our opponents as enemies. We are not enemies.”

He made it very clear that while he’s campaigning as a democrat, he will govern as an American president. “I will work as hard for those who didn’t vote for me as those who did vote for me.”