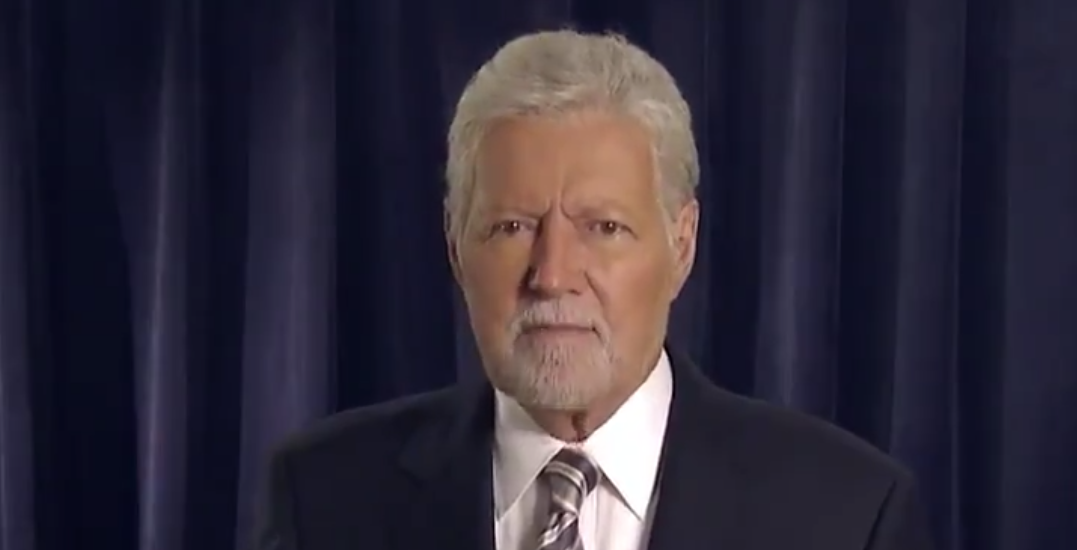 Alex Trebek in a short clip to viewers. (Jeopardy!/Twitter)

Beloved Jeopardy! host Alex Trebek took to social media on Thursday to share an update on Jeopardy! and his own personal health.

He started by saying that he hopes everyone is “doing well during these difficult times,” joking that it’s mainly between breaks in filming that he opts to grow facial hair.

He also touched on his cancer treatment. In March 2019, the television personality was diagnosed with Stage 4 pancreatic cancer. While his condition has fluctuated over the past year, he continues treatment and managed to return to Jeopardy! for its 36th season.

Now, he says that his treatment is ongoing and that he’s in good spirits.

“I’m doing well,” he said in a video message. “I’ve been continuing my treatment and it is paying off, though it does fatigue me a great deal.”

Overall, he said that his “numbers are good” and that he’s “feeling great.”

Trebek pointed out that during the filming break, he’s been occupied recording openings for episodes and even wrote a book that releases later this July.

“Once again, I can’t wait to return to the studio and start recording shows for the new season in September,” he said. “Meanwhile, my wish for all of you — stay safe.”