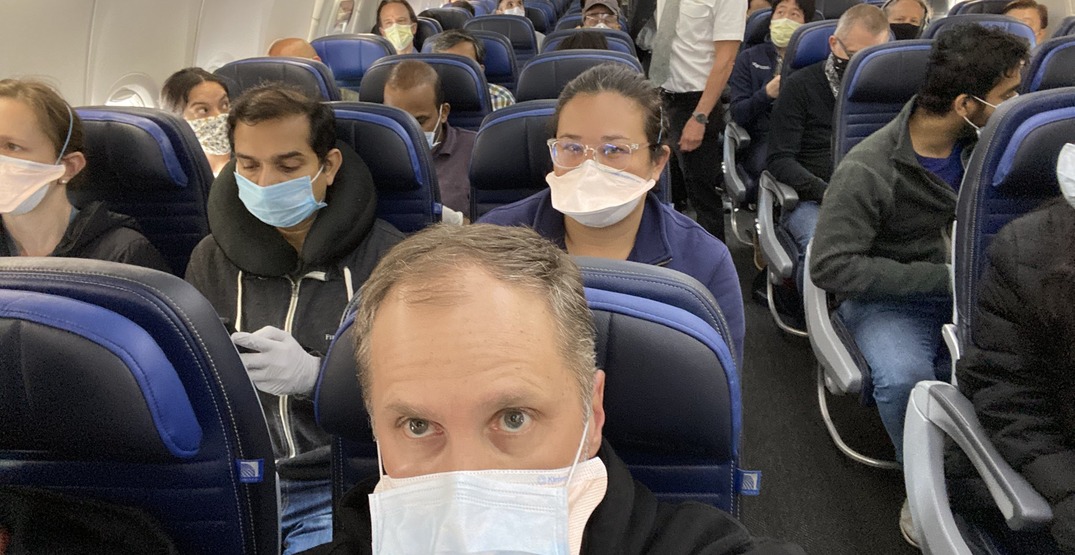 A full United Airlines flight had passengers feeling on edge on Saturday after the company had previously issued a statement saying that it would be freeing up middle seats on aircraft to promote physical distancing.

Ethan Weiss, a scientist and cardiologist at the University of San Francisco, was onboard the aircraft and issued a series of tweets expressing his astonishment at the circumstances.

“I guess @united is relaxing their social distancing policy these days?” he tweeted, along with an accompanying photo depicting the full 737 aircraft.

I guess @united is relaxing their social distancing policy these days? Every seat full on this 737 pic.twitter.com/rqWeoIUPqL

He then shared a screenshot of an email he received from the airline 10 days prior that included a statement from United Airlines Chief Customer Officer Oscar Munoz. In the email, Munoz described how the airline was “automatically blocking middle seats to give [passengers] enough space on board.”

Also I guess a lot has changed in 10 days pic.twitter.com/mIPdxL13KZ

Weiss then explained how his fellow passengers were “scared/shocked” and that he had no idea why most of them were traveling. He described how he was one of 25 doctors and nurses who had been working in New York City hospitals for the past two to four weeks who were returning home.

“United flew us here for free,” he stated in a follow-up tweet. “They got a lot of great PR for taking great care of us on the way out, including from me.” Weiss then attached a screenshot of a tweet he published on April 25, where he described how a whole group of employees were there to greet him and the group and how it “was not necessary but also very nice” and that “it meant a lot.”

4) United flew us here for free. They got a lot of great PR for taking great care of us on the way out including from me. Even from me: https://t.co/fuu7r0l2RI

While Weiss is not entirely upset by the situation, he does believe that it could have been avoided if United had simply conducted more thorough communication.

When contacted for comment, United Airlines told Mapped that while a vast majority of its flights (85%) are less than full, passengers are finding that some are fuller than they previously would have expected.

“In an effort to be as transparent as possible with our customers and give them more control over their travel plans, starting next week and continuing through June 30, we’ll allow customers on flights that are expected to be closer to full capacity to choose to rebook on a different flight or receive a travel credit,” a representative stated.

The company said it will do its best to contact customers roughly 24 hours before their departure to give them enough time to decide whether they wish to adjust their plans.

“We’ll provide this option at the gate if more than 70% of customers have checked in,” the rep said.

They continued that as an increasing number of states and cities begin to ease various lockdown restrictions, United anticipates more people will be interested in traveling again.

“We’ve been focused on overhauling our onboard cleaning procedures, including the use of electrostatic sprayers and requiring customers and crew to wear masks on board so we can reassure our customers that they can safely travel when they are ready to get back in the air,” the rep explained.

As travel channels begin to reopen gradually, and various restrictions are lifted, travelers are going to be more reliant than ever on airlines to employ stringent health and safety requirements to protect them. They will also depend on airlines to express as much transparency as possible to rebuild the level of trust that has been lost during the pandemic.