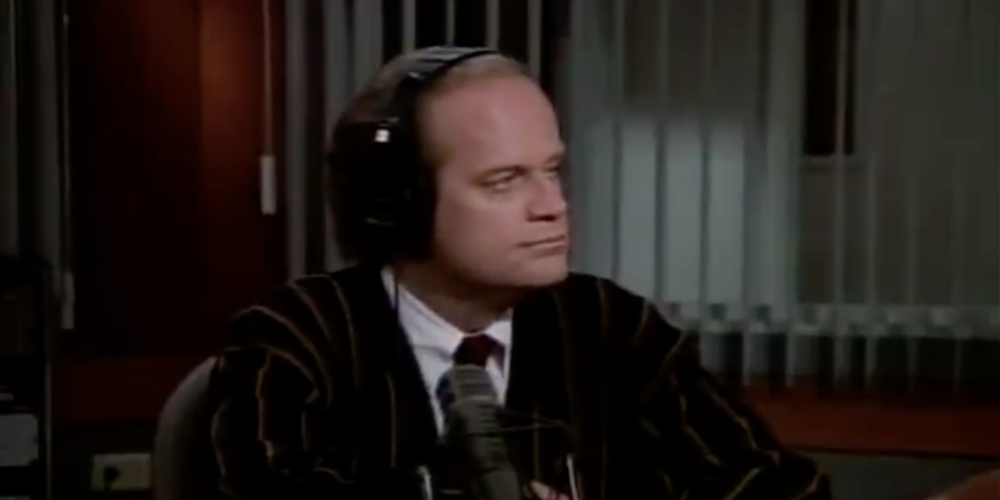 For those missing the classic sitcom Frasier, one Seattleite has produced a clip that gives insight into what an episode might look like in today’s climate.

The video starts out with the typical Frasier opening, depicting the Seattle skyline. It then goes straight into a call into Frasier’s radio talk show from Roger, a resident “from the nation of CHAZ.”

Roger goes on to say that he’s “having a bit of a crisis. All of my conflict-free, locally sourced food storages were raided by a band of steampunks.” He then discusses his money issues, parents, and more.

Frasier responds, telling him about a tunneling electron microscope that looks at things at the atomic level.

“Roger, if I were using that microscope right now, I still wouldn’t be able to locate my interest in your problem.”

If Dr. Frasier Crane was still in Seattle… pic.twitter.com/nXF8gCAf5r