Lucky fans of Doctor Who got to meet a Christmassy Dalek in Belltown today, December 16. It’s not yet known where exactly this Dalek lives, but it’s clearly owned by the time traveler in an infinity scarf.

We cover a lot of the crime that happens along 3rd Ave in Belltown/Downtown Seattle. It was nice to see something albeit (strange)🤖 bring a smile 😃 along third…#KOMONews #SoNorthwest pic.twitter.com/1CHEo5gQ0y

The Dalek, a villain alien race, comes from the popular British TV show Dr. Who. The show is currently in its eleventh season and has been running since 1963 — having taken a hiatus from 1989 to 2005.

According to Dr. Who writer Terry Nation, the Dalek don’t have any personal character, conscience, or morality. They are also known to love destruction and are most definitely not human.

The Museum of Pop Culture had recently celebrated #pretendtobeatimetravelerday earlier this December and unveiled that the original design of the Dalek was propelled by an actor inside the shell riding a tricycle. Eventually, the tricycle was replaced with the actors simply shuffling their feet.

In the above video posted by @YamsTV, it’s clear that Seattle’s newest Dalek is operated by remote control. As of now, all we know is that the Dalek was donned in red and sporting a silver tinsel scarf. Its motive is unclear, but we presume that it was trying to spread Christmas cheer while collecting coins in its bucket.

This isn’t the first spotting of a Dalek around Seattle. In 2015, Reddit user mrye06 discovered a Dalek on the Seattle light rail. It was confirmed that the Dalek on the train was Dalek Clara, who still frequents Seattle parades as well as Dr. Who conventions. 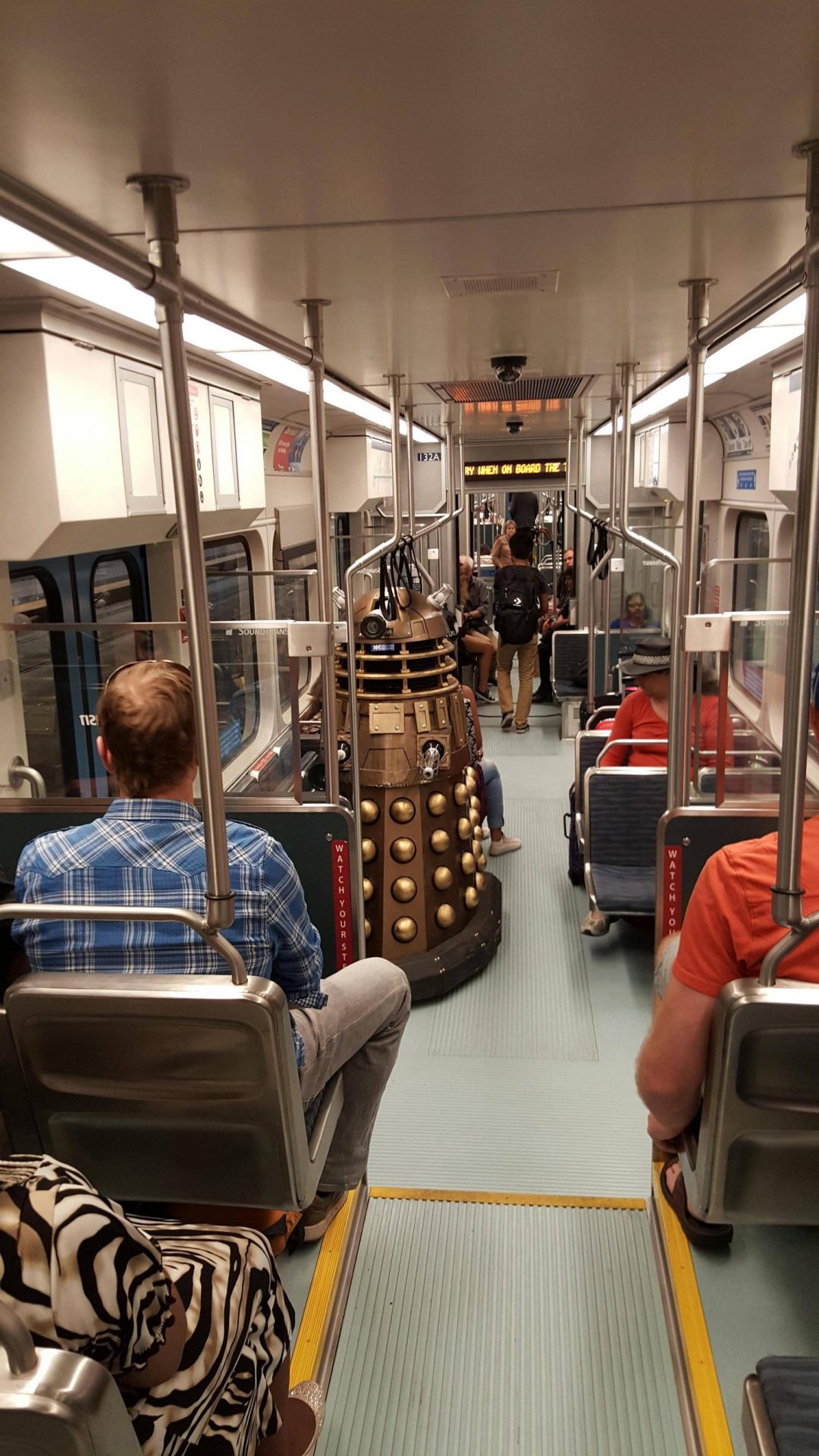