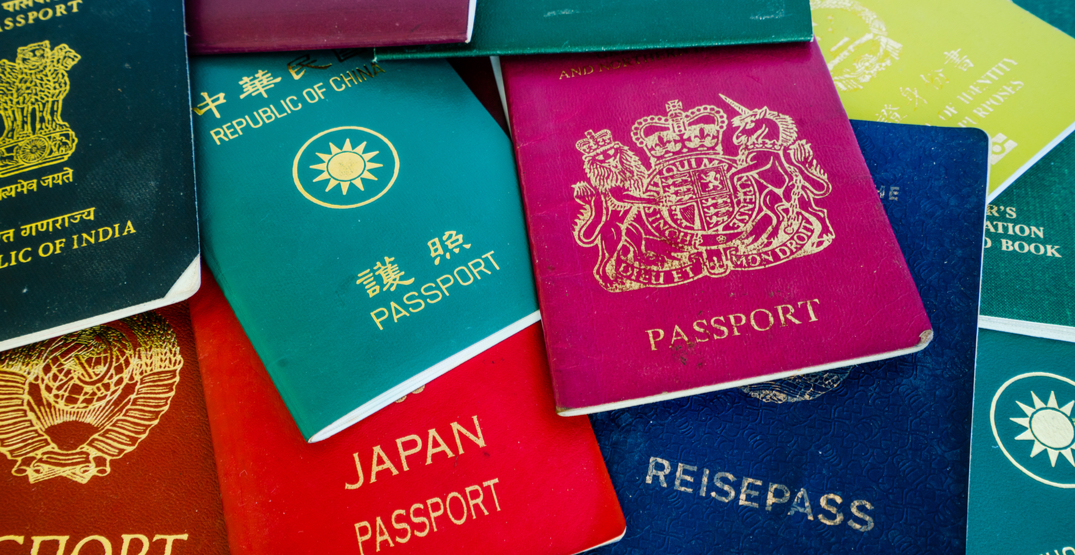 Japan has ranked number one on a global survey that studies how powerful passports are from each country in the world.

The study was conducted by the Henley & Partners Passport Index, which ranks all of the passports of the world according to the number of countries their holders can travel to visa-free.

According to the Index’s July update, it “gives exclusive insight into the latest shifts and changes in global passport power. As well as illustrating global and regional trends, the report uses data from the index’s 15-year history to show how travel mobility has changed over the past decade, looking at which passports have gained in strength and which have fallen behind.”

This summer’s list of passport ranking was released after the European Union announced the countries whose residents would be allowed entry based on coronavirus-related health and safety criteria.

“Although not reflected in the latest ranking, which does not take temporary travel bans into account, it is eye-opening to consider what travel freedom currently looks like for the holders of once-prestigious passports,” reads a release about the Index.

“Included on the welcome list are countries such as Australia, Canada, Japan, and South Korea that traditionally score highly on the Henley Passport Index — the original ranking of all the world’s passports according to the number of destinations their holders can access without a prior visa,” says Henley Passport Index. “However, in a move perceived as a stinging rebuke for its poor handling of the pandemic, the US was notably excluded from the list, as were Brazil and Russia.”

The Index shows that before COVID-19, the US passport usually ranked within the top 10 in sixth or seventh place, with its citizens able to access 185 destinations around the world without requiring a visa in advance. But, under the current EU ban, “the picture looks starkly different. US nationals now have roughly the same level of travel freedom as citizens of Uruguay.” 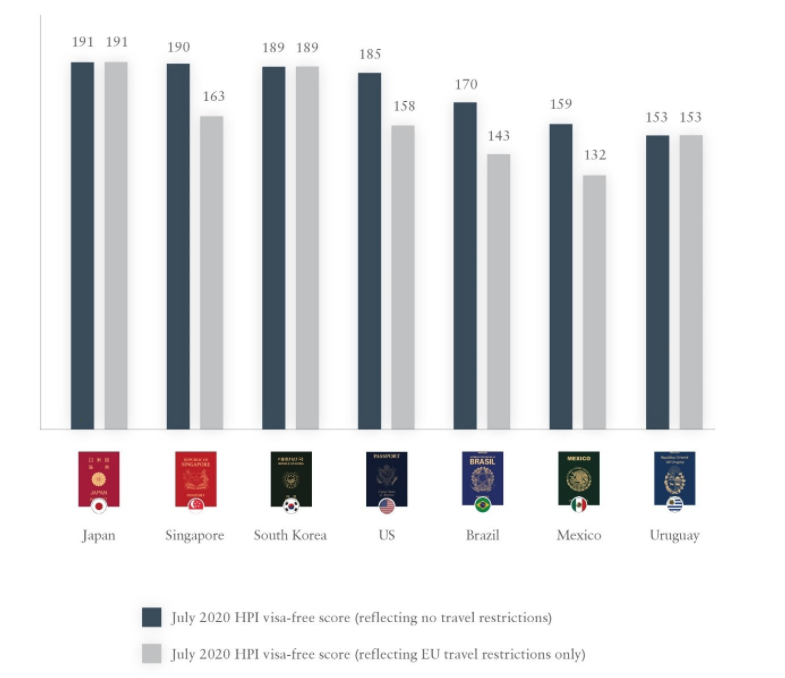 “As we have already seen, the pandemic’s impact on travel freedom has been more drastic and long lasting than initially anticipated. This latest decision by the EU indicates that there is more upheaval to come,” said Dr. Christian H. Kaelin, chairman of investment migration firm Henley & Partners and the inventor of the passport index concept.

This year, without taking the various travel bans and restrictions into account, Japan takes the top spot out of 100 rankings.

The ranking is a reflection of the country’s positive diplomatic relations that affords its citizens visa-free border crossing in 191 countries.

US tied for the ninth most powerful passport with Switzerland, United Kingdom, Norway, and Belgium with a VFS (visa-free score) of 185.

Afghanistan comes in last place, as passport holders there are limited to just 26 countries where they can cross through borders without being subjected to heavy vetting.