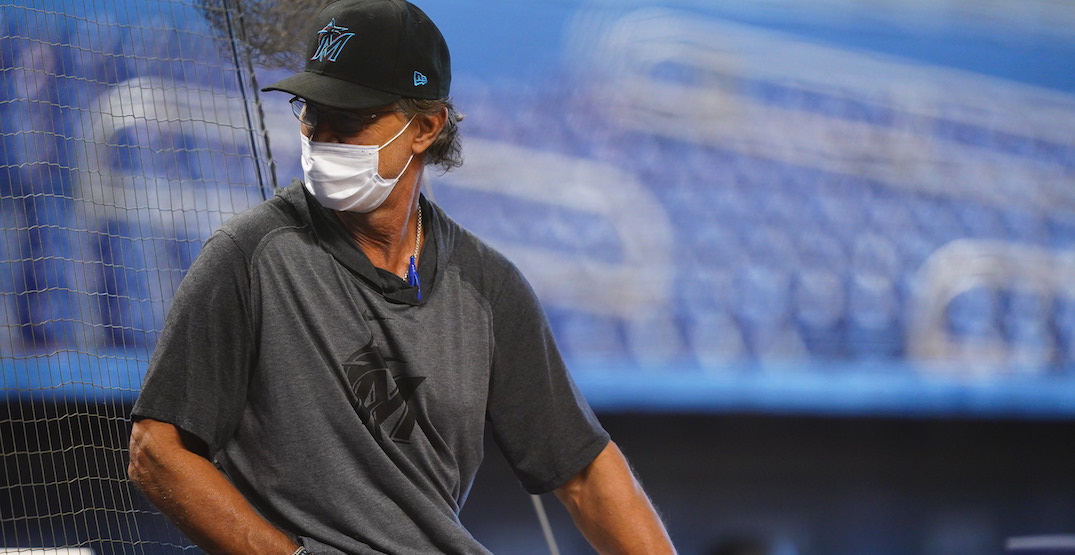 It took just five days into the Major League Baseball season for COVID-19 to spread rapidly through one of its teams.

A coronavirus outbreak with the Miami Marlins, according to multiple reports, will result in the postponement of two games this evening, and likely more to come. A total of 11 players and two coaches have the virus, according to a report from ESPN’s Jeff Passan.

Updating the Miami Marlins’ outbreak: The total number of infected players is 11 of the 33 who have been traveling with the team and two coaches, sources tell ESPN.

The Marlins-Orioles and Yankees-Phillies games tonight have been postponed. For now, the rest may be played.

As a result, Miami’s home opener tonight against the Baltimore Orioles has been postponed, as has tonight’s Philadelphia Phillies home game against the New York Yankees. The Marlins have played just three games this season, all against the Phillies in Philadelphia on Friday, Saturday, and Sunday.

The Orioles are scheduled to play the Marlins in Miami on Tuesday as well, but the team is planning to return home to Baltimore tonight, according to another report from Passan.

“The health of our players and staff has been and will continue to be our primary focus as we navigate through these unchartered waters,” said Marlins CEO Derek Jeter in a team-released statement. “After a successful Spring 2.0, we have now experienced challenges once we went on the road and left Miami. Postponing tonight’s home opener was the correct decision to ensure we take a collective pause and try to properly grasp the totality of this situation.

“We have conducted another round of testing for our players and staff, and our team will all remain in Philadelphia pending the results of those tests, which we expect later today. We will provide additional information as soon as it becomes available.”

Unlike the NHL, NBA, and MLS, Major League Baseball’s return-to-play plan does not include keeping teams in bubbles. Teams are playing in each other’s home ballparks, with the exception of the Toronto Blue Jays, as the Canadian government deemed MLB’s plan unsafe — even with a proposed cohort quarantine at Rogers Centre.

The Blue Jays will instead play their home games in Buffalo, beginning on August 11. Toronto has five scheduled home games from July 29 to August 2, but will play those games on the road in Washington and Philadelphia.

Work is now being done to Sahlen Field, home of the Blue Jays’ Triple-A team in Buffalo, to “accommodate necessary infrastructure modifications for Major League play,” in addition to other safety requirements.

Florida overtook New York this weekend as the state with the second-most cases of the coronavirus, reporting more than 9,300 new cases on Sunday alone. The Blue Jays just finished a three-game series in the state but left Tampa Bay yesterday. The team is carrying a 1-2 record into Washington tonight as they begin a four-game series against the Nationals.