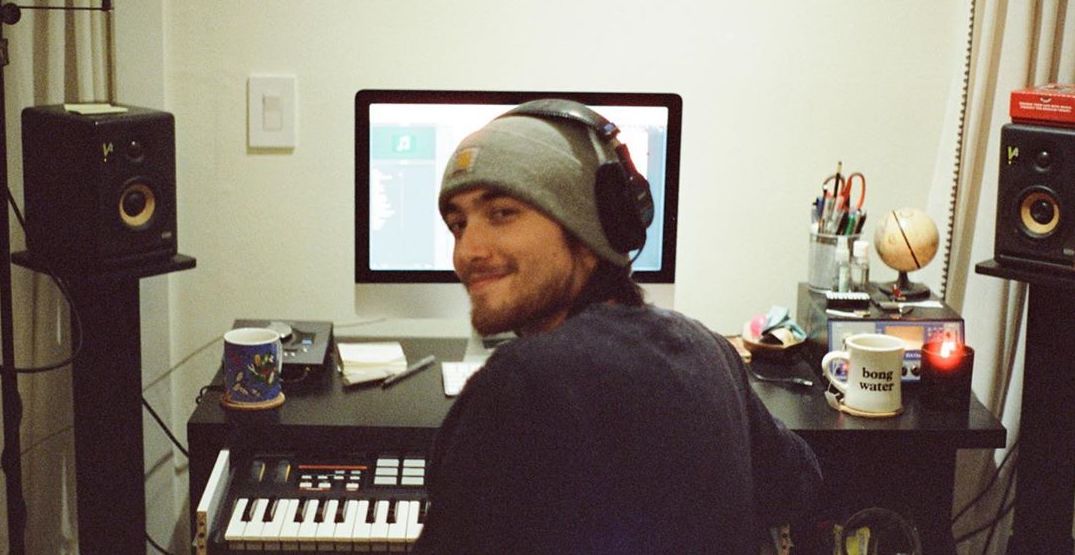 What do you do when you’re a musician unable to tour or hit up the recording studio?

You learn to improvise and overcome. At least, that’s what Ben Zaidi did this past month.

In early March, the Seattle native had planned on meeting up with his friend and producer Myles Avery in Los Angeles, writing a bunch of songs and working on a slew of new music.

These plans quickly fell apart, however, as Zaidi was forced to stay in New York due to the current pandemic.

Because they had to cancel all of their in-person plans, Zaidi and Avery decided that they had to find a way to get the job done. Their solution? Google Hangouts and downloadable streaming software to share high-quality audio from one computer to the other.

Although they were situated across the country, the two collaborated well online and managed to bust out the song in only a few days.

“We worked on it over his computer and spent a few days of him screensharing and us both messing with the arrangement, production, and tweaking different things,” Zaidi said to Daily Hive in an online interview.

At one point, they’d even sent the song to Seattle-based Josh Karp, who ended up adding minor tweaks and offering his own feedback. After Karp, the song was then sent over to someone in Nashville, who’d mastered the sounds together before it was ready for distribution.

“It was a Seattle, New York, Los Angeles, Nashville collaborative session. We’ve already made a bunch of other songs this way. I think this is just the new reality.”

Zaidi went on to share that it’s been a tough time for musicians; many of his friends have had to cancel tours and are unable to produce their own music.

“I’m self-sustaining. I can produce my own music, and get a full song start to finish by myself. Most people who make music can’t; they rely on producers, and if you’re a producer you rely on artists and everyone relies on mixing engineers,” he said.

He suggests that emerging musicians take this time to hone their skills and learn to be self-sustaining in some way.

In high school, Zaidi put $100 towards gear to learn how to make beats and record himself, a task that’s probably even easier to do today with the advance of online technologies.

“There’s actually a really cool creative task in learning how to do something you don’t know how to do yet… It’s exciting to start something that you’re not good at, it means there’s lots to learn and lots to discover.”

Zaidi has currently been learning how to host Twitch livestream sessions and Instagram Live, a task that he says has been tough to master as it’s a whole new way of performing and engaging with people.

Finding new ways to engage seems to be a reoccurring theme in producing music while physical distancing — one of the main problems Zaidi brought to light was that online studio sessions lack negative space in conversations or calls.

“There’s no air in the room. You’re working on what you’re working on, and start when you start and finish when you finish. There’s no like ‘let’s just smoke a cigarette and chill for a second’, or like ‘let’s get some food’ and end up chatting for fifteen minutes before going to work. That’s the negative space around the thing that you’re doing that actually sometimes really impacts the thing that you’re creating.”

Zaidi mentions that without this negative space, newer artists may have a harder time building a relationship with producers — something that is incredibly important when making heartfelt music with messages.

“Doing those kinds of other moments and building the relationship that way allows you to trust [each other] and to reach new creative places and vulnerable emotional places… The artists cant build a relationship with anybody if you don’t have the live, unplanned, in-between moments.”

In terms of songwriting, and keeping in a groove, Zaidi’s been sticking to similar processes each day. He meditates right after waking up, then spends some time reading and writing before making his way to his keyboard where he messes around with a few notes.

“I’ll start playing the piano, singing and mumbling ideas and voice memo-ing. I then go to my computer and record parts as they crystallize and usually work like that until I have a song or demo: a full structure of the song, full lyrics, but just usually piano and vocals.”

He then either flushes it out himself or sends it to his producer friends who pull it up and get a video chat going.

“I think, this is just the reality… artists are just trying to figure out how to make money without being able to perform.”

Check out his cross-country produced song and the processes it took below.