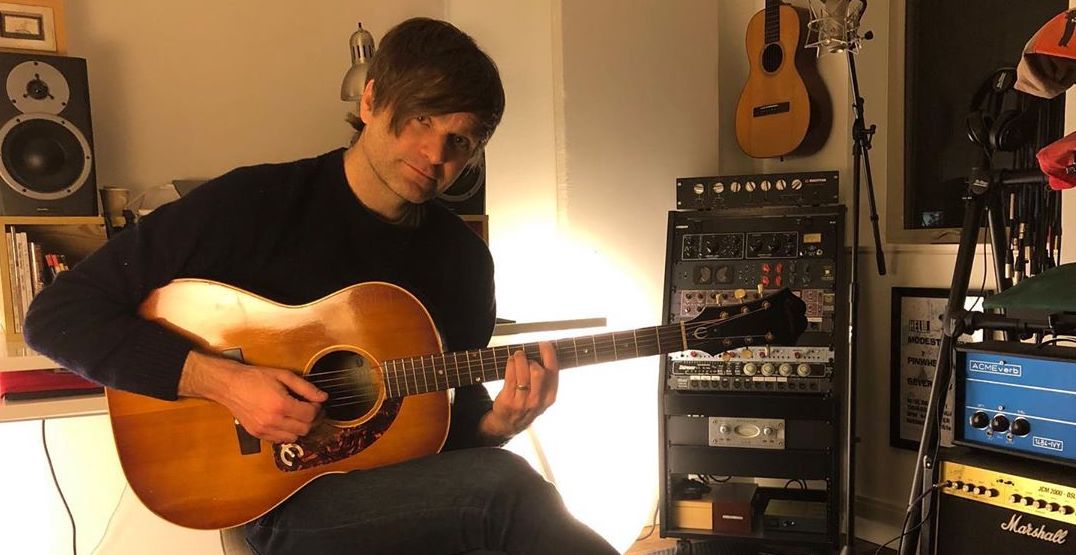 You’re stuck at home. You’ve already burned through everything on our binge-worthy television show list.

“What else can I do?” You ask yourself.

You tune in to Ben Gibbard of Death Cab for Cutie at 4 pm, of course.

In a Facebook post on Monday afternoon, Gibbard announced that while self-isolating, he’ll be live streaming lounge-style concerts from his home studio daily.

He’s teased that his online performances may include song requests, and even feature a guest a two. 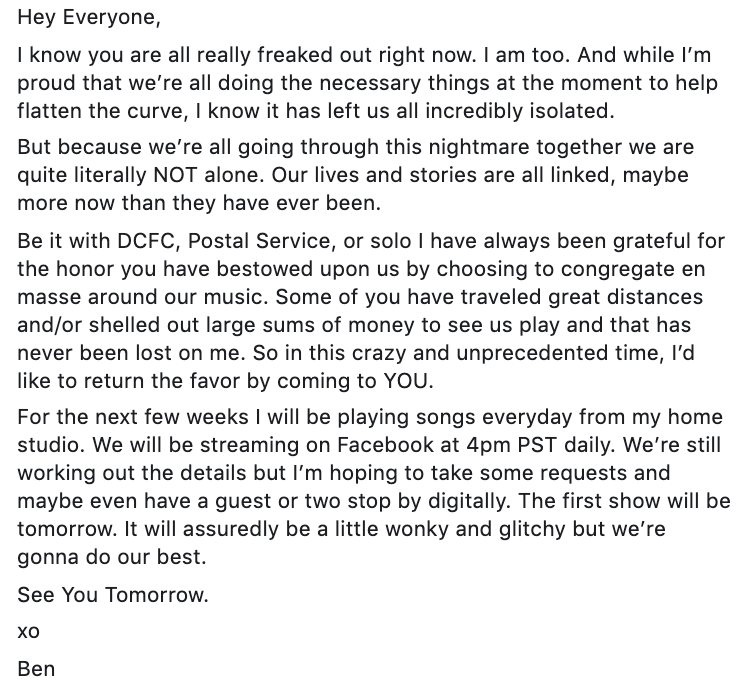 Formed in Bellingham, Washington, Death Cab for Cutie is composed of members Ben Gibbard, Nick Harmer, Jason McGerr, Dave Depper, and Zac Rae. The band rose from being a side project to become one of the most exciting groups to emerge from the indie-rock scene of the 2000s.

The band has been nominated for eight Grammy Awards, including Best Rock Album for their 2015 release, Kintsugi. Their latest EP, The Blue EP, was released in September 2019.