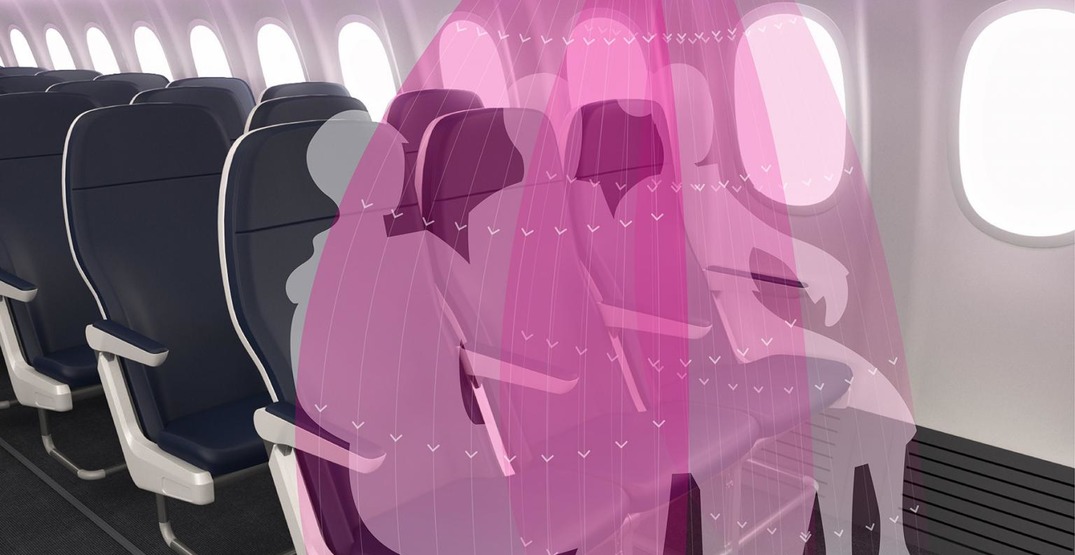 “The path of immediately exhaled water vapor droplets in the aircraft cabin environment wields the potential for virus spread,” the company’s website explains. “While the cabin airflow helps reduce the risk of large scale virus spread on board, it does little to protect those sitting within a few seats of a sick passenger.”

By developing their own computerized simulation, the company was able to create a simulation to illustrate the airflow inside an aircraft cabin and trace the water vapor droplets resulting from someone not covering their nose and mouth while they sneeze. 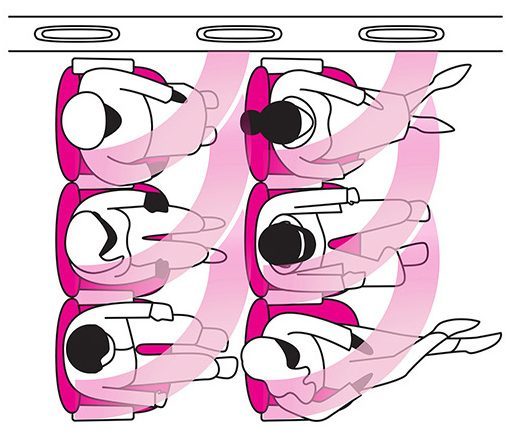 According to the simulation, without additional airflow, there is a likelihood that water vapor droplets will spread to adjacent passengers. AirShield operates by creating an invisible screen around individual seats that disrupts normal air circulation, the company explains.

“When a passenger breathes, coughs, or even sneezes, the water vapor is contained within that passenger space and is immediately redirected downwards and out of the cabin to the HEPA filtration units before it has the opportunity to enter the personal space of a neighboring passenger.”

The product itself is still in the early phases of engineering development and prototyping. However, the simplicity of its design would allow for rapid deployment to help ease the minds of travelers surrounding air travel during these uncertain times.