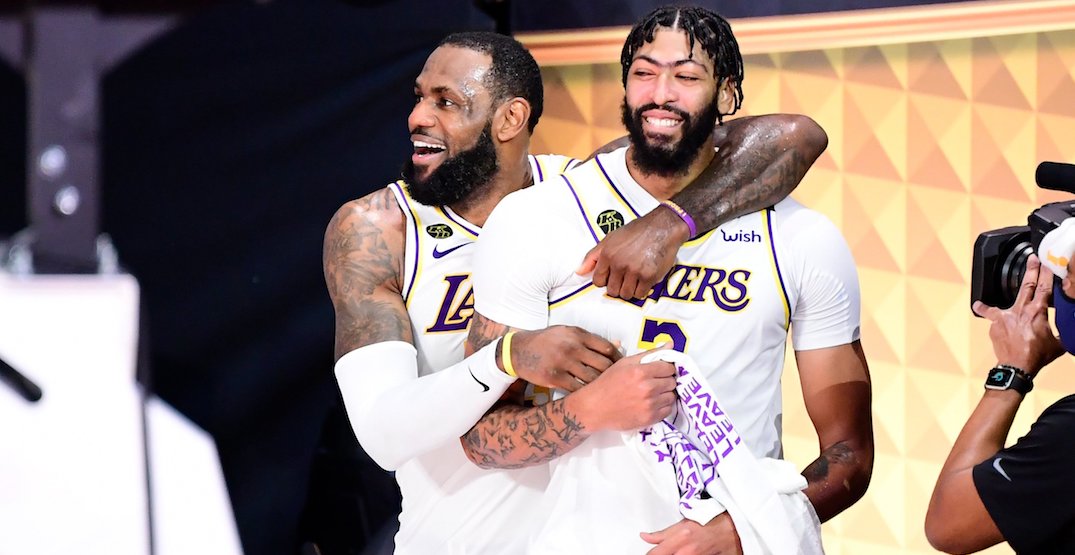 The Los Angeles Lakers lifted the Larry O’Brien Trophy in the Orlando bubble, and oddsmakers like their chances of doing it again next season, whenever that takes place.

We’re not going to see a bubble like the one the NBA put together at the ESPN Wide World of Sports Complex ever again, though otherwise much of next season is undecided. The 2020 NBA Draft is set for November 18, with free agency likely to begin after that — though a firm start date has yet to be set.

In an interview with CNN, NBA Commissioner Adam Silver estimated that the league would start next season in January.

“The goal for us next season is to play a standard season… 82-game season and playoffs. The goal would be to play games in home arenas, in front of fans, but there’s still a lot that we need to learn,” said Silver, who added that rapid testing could be a possibility to allow fans to safely return to arenas.

If the NBA commits to an 82-game season, the league will almost surely extend its season well into the summer again.

LeBron James and the Lakers (4.50) are the favorites to repeat as champions, according to the latest odds from Betway.com. Despite a disappointing playoff run that ended in the second-round, Kawhi Leonard and the Los Angeles Clippers (6.50) have the second-best odds of winning it all in 2021.

The odds are in the Golden State Warriors’ (7.50) favor too, as they look to bounce back in a big way next season. After making it to five straight NBA Finals, the Warriors put together the league’s worst regular-season record in 2019-20, going 15-50 as Steph Curry was limited to five games due to injury, while Klay Thompson missed the entire year.

The Milwaukee Bucks (7.50) were also a postseason disappointment, falling in the second round after posting the league’s best regular-season record, but they’re still getting respect from oddsmakers as one of the favorites.

Portland’s Trail Blazers — despite an outstanding effort to qualify for the playoffs in the bubble, and serving up star Damian Lillard as one of the NBA’s best — remain in the middle range of odds.

Here’s a look at the latest NBA championship odds for 2021: