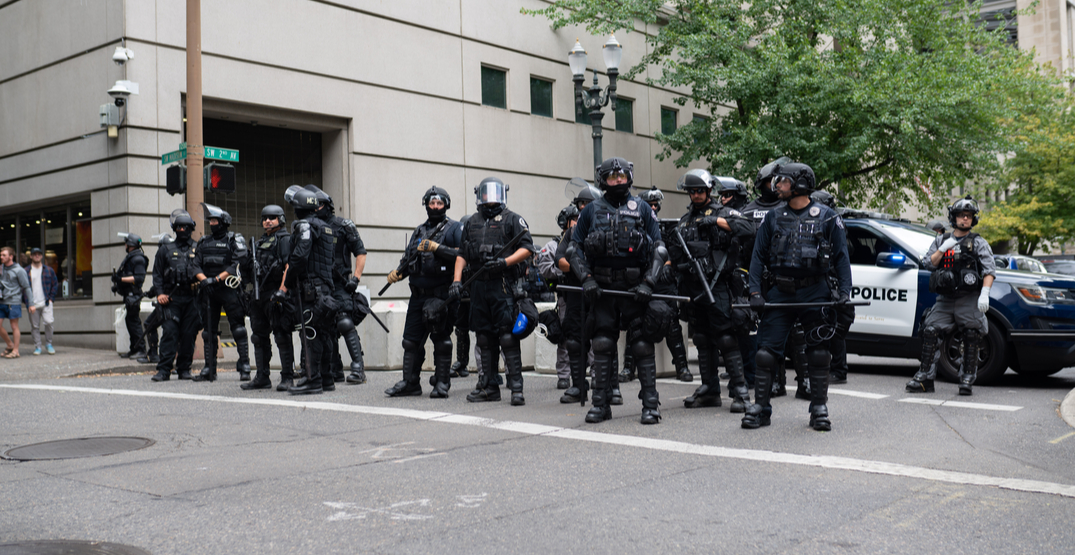 Thirty arrests were made during Portland protests and counter-demonstrations this weekend.

According to an update from the Multnomah County Sheriff Department on behalf of the unified law enforcement group, “After largely peaceful protests throughout the day Saturday, several hundred protesters gathered in Downtown Portland around 8:30 p.m. in Lownsdale and Chapman Square Parks.”

“Officers moved in and made several arrests. While making arrests and ticketing illegally parked vehicles, projectiles were thrown at officers including full beverages cans, firecrackers, and rocks.”

Following some attempts to disengage, officers made more arrests and continued to ask those gathered to leave the area. They were again met with projectiles.

Free speech and free press are two of my core values. I take the use of physical force by law enforcement officers seriously, whether it involves members of the public or the media.

“I would like to thank the law enforcement officers of the Oregon State Police, the Multnomah County Sheriff’s Office, the Portland Police Bureau, and other local law enforcement agencies for their professionalism as they executed this plan to prevent confrontations and violence,” said Governor Brown in the dissolution of her executive order.

“I would also like to thank Oregonians for not rising to the bait when the Proud Boys came from out of town to express their hateful views yesterday. When we all work together as a community to keep the peace, we can keep Oregonians safe while still allowing free expression under the First Amendment.”