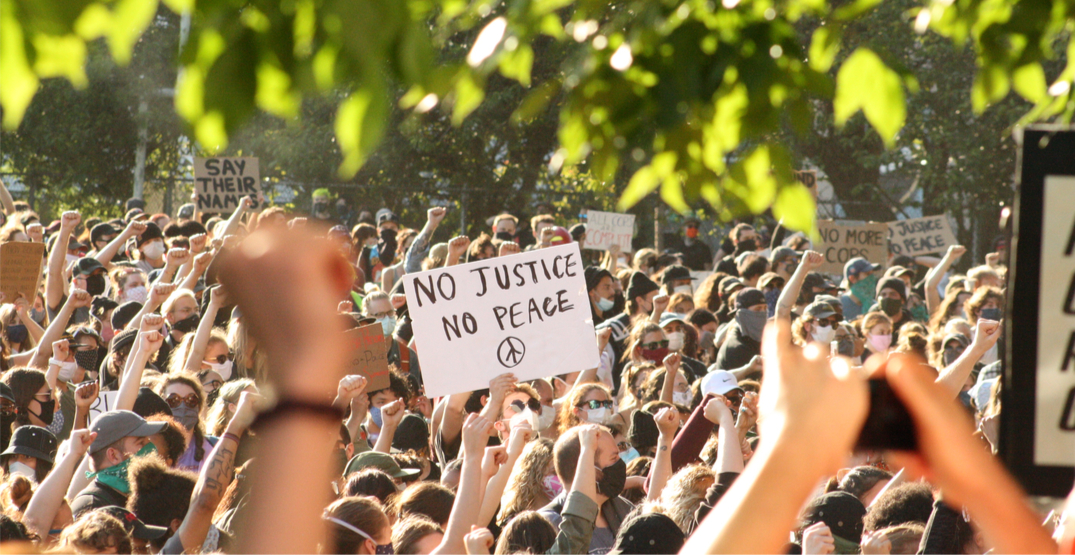 Protests in Portland grew in intensity Wednesday night following the Louisville Supreme Court decision that ruled no officers would be charged for the killing of Breonna Taylor.

At points during the evening’s protests, fires were lit on the awnings of the Portland Police Bureau building, rocks were thrown, and Molotov cocktails were lobbed into the large crowd of riot-gear-clad police officers.

An unlawful assembly was declared sometime after 9:30 pm.

To those who have gathered outside of Central Precinct on Southwest 2nd Avenue. This gathering has been declared a riot.

According to police reports from Thursday morning, 13 people were arrested or detained on Wednesday night, citing most of the arrests for counts of rioting, interfering with a police officer, and multiple charges of arson or attempted arson.

One 23-year-old Portlandian was arrested for attempted murder, attempted assault, carrying of a destructive device, and arson.

“A mass gathering devolved into a riot after individuals broke windows, vandalized and lit fires to the Justice Center, and threw Molotov cocktails towards officers,” reads the report from the Portland Police Bureau.

Seattle, Washington, also saw increased severity in its nightly protests, as 13 individuals there were arrested, and viral video footage showed a police officer purposefully running over the head of a downed demonstrator.

It has been more than 100 straight days of Black Lives Matter protests and demonstrations fighting for equality in Portland.