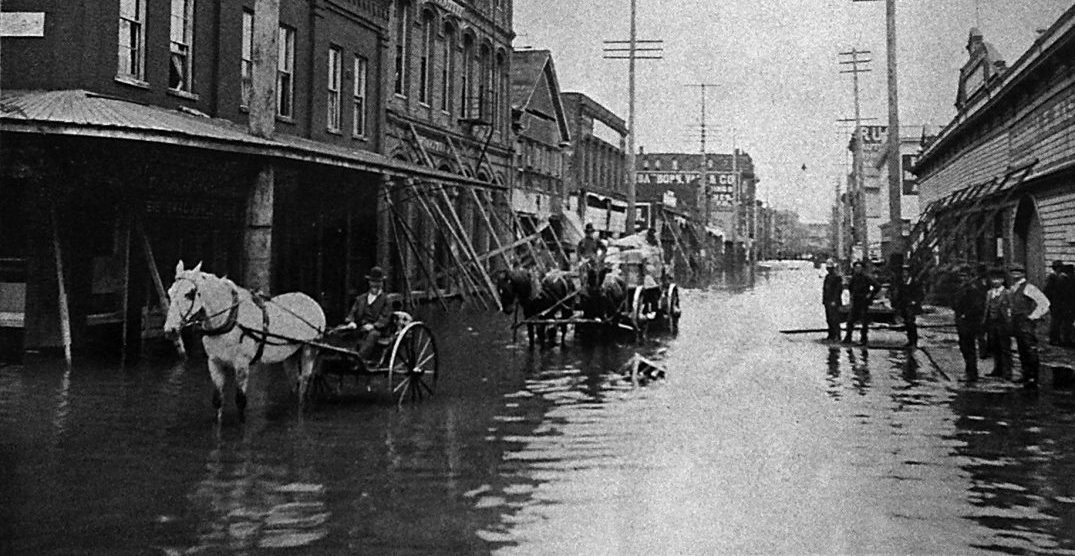 A river-wrapped town will always have a history of flooding and contentious rises and falls in water levels. However, back in the 1890s, Portland saw one of its worst floods ever.

Harshly impacting all along the coast, a quickly arriving melt of the winter’s snowfall caused a 30-meter rise in the water level of the Willamette River.

We took a trip down memory lane — not our memory, mind you, because we’re not 126 years old — and looked at the astonishing scenes of the 1894 Portland flood. Included in that amazement, is how Portlandians, even back then, were a resilient type, working through, over, and around the flood, as needed to maintain normality. 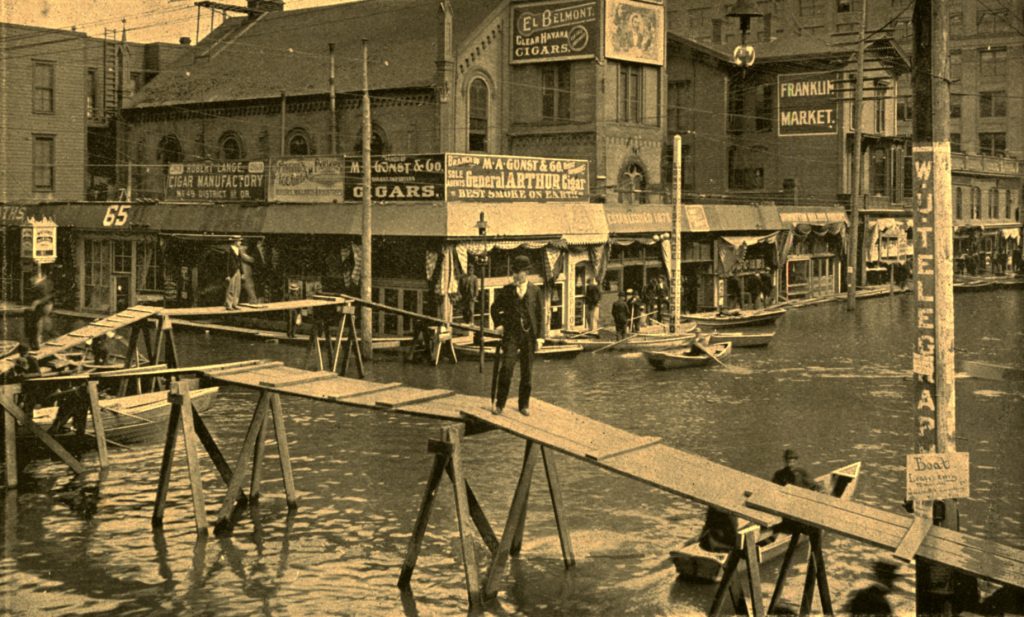 Residents of Portland can be seen traveling through the streets by row-boat, while others use makeshift bridges to cross through the intersection of 3rd and Washington.

Today, that same intersection is only awash with food trucks and automobile traffic.

A drastic rise in the river water levels also tried their best to halt any traffic via rails — the most important form of shipping and travel — but that didn’t stop them.

The Morrison Bridge, crossing the river, is one of the oldest train crossings on the Pacific Coast, but it was a whole lot closer to the water back during the flood of 1894. 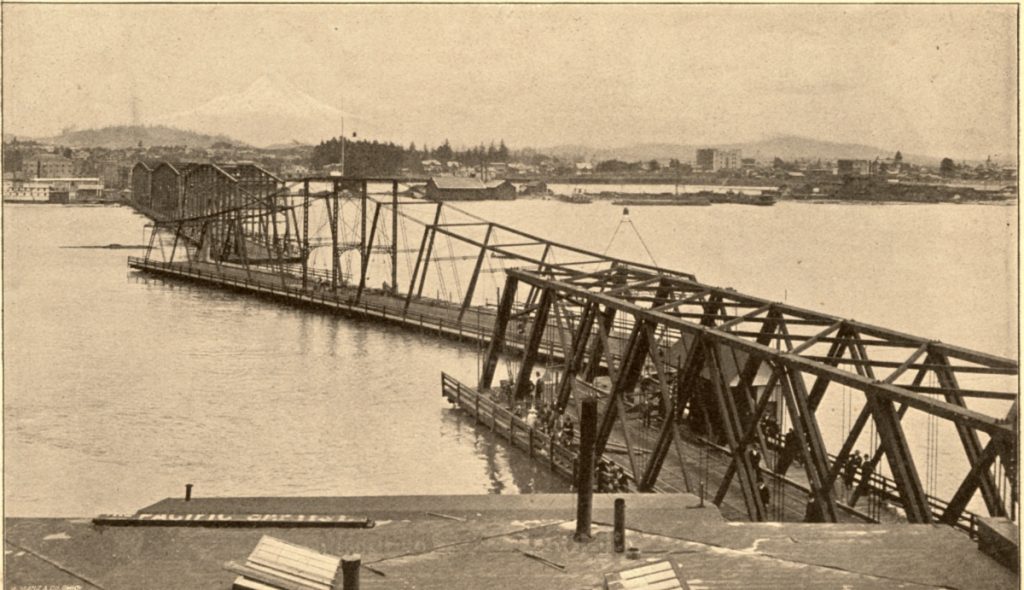 In comparison, this is how the average water level looks underneath the bridge.

The once-bustling urban spread of Front Avenue (now known as the Naito Parkway or Pacific Highway W) took to the floods like ducks in the water, maintaining a shopping atmosphere, even if pedestrians would have to hike up their pant legs. 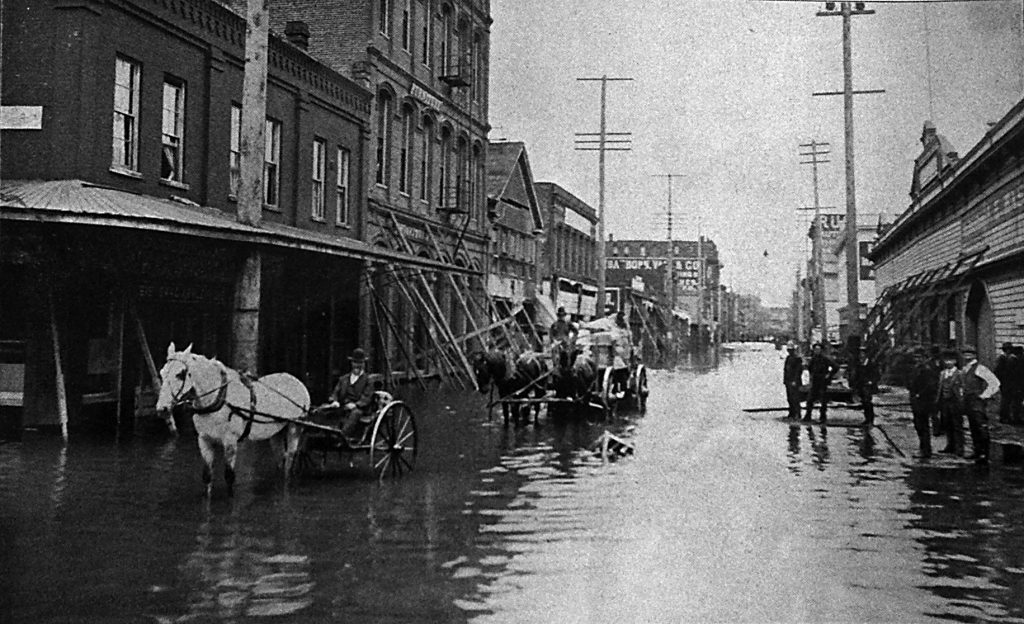 Today, the corner of Front Avenue and Morrison is home to some solid concrete office buildings and the world’s smallest Park, Mill Ends.