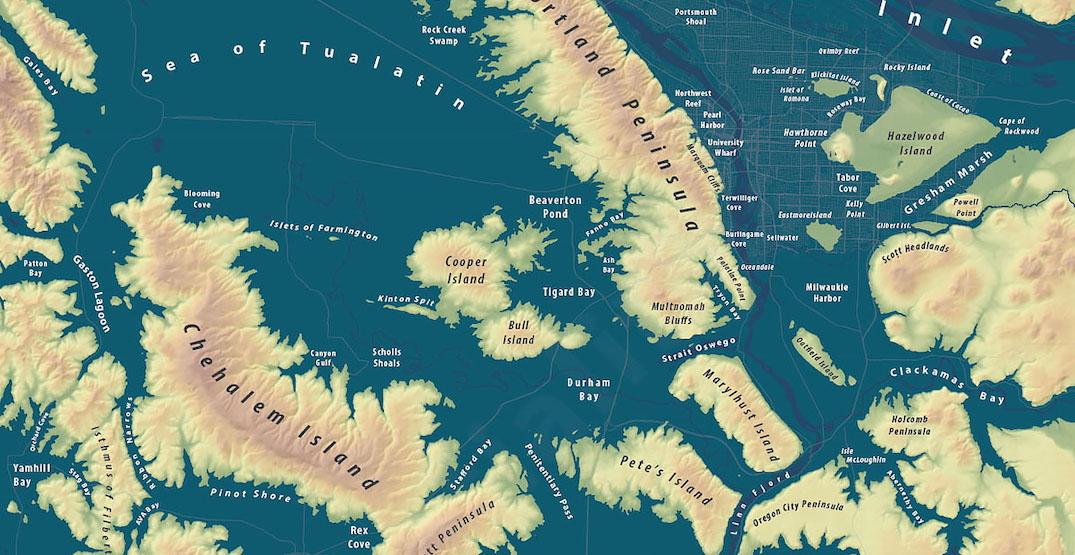 An artistic and futuristic map of Portland has been making waves.

The engaging map is creating conversations around how rising sea levels will affect where Portlanders will live on the heels of an election where climate change has been a top concern for many Americans. 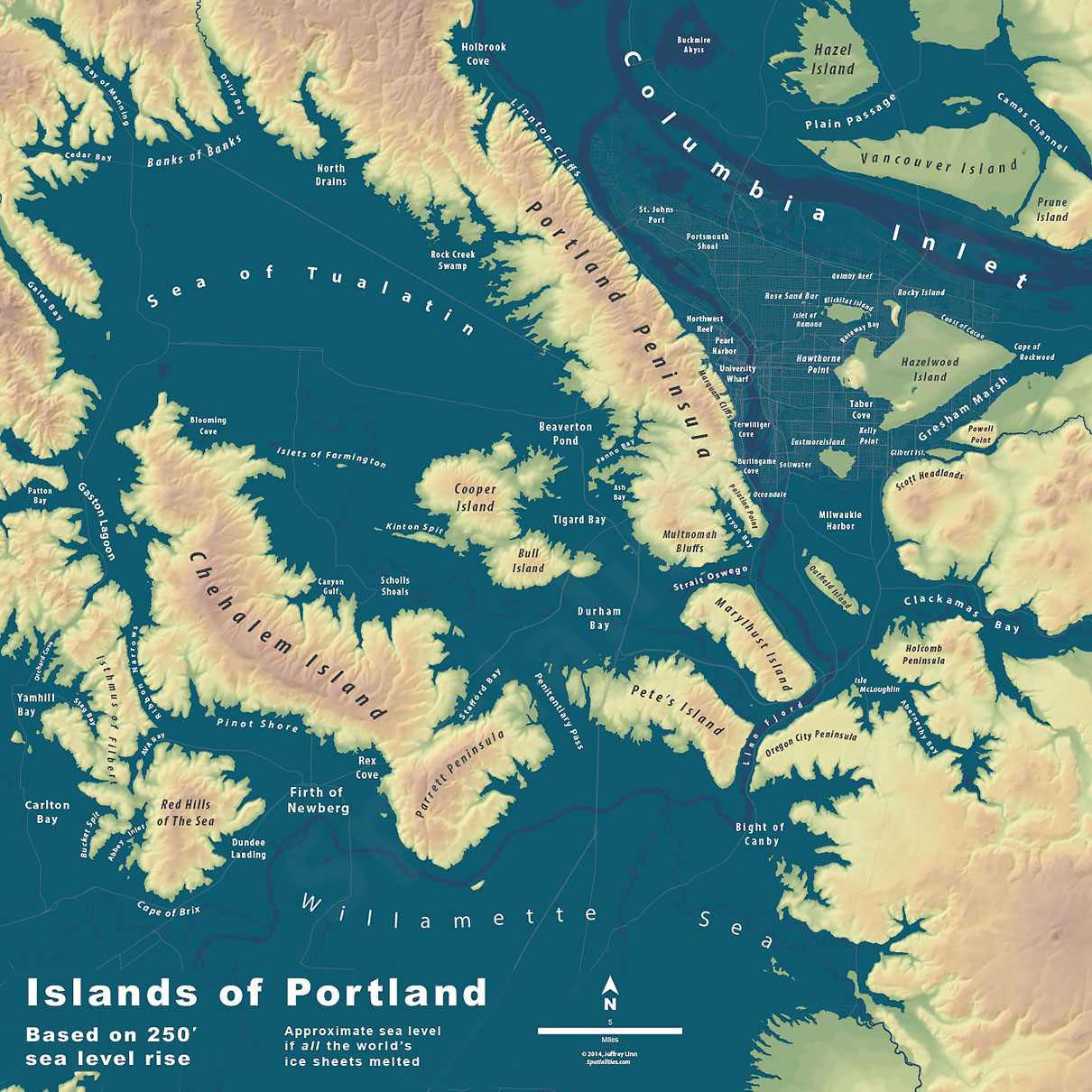 The Portland map is full of new reimagined place names, and some are darkly humorous like “Red Hills of The Sea” and “Beaverton Pond.”

“I revised the sea levels I model based on more up-to-date information from the IPCC, and I’ve made a lot of updates to the color and style,” he said. “Snopes did a write-up based on my Los Angeles map, saying that if anything, the sea levels in my maps are conservative.”

Check out Linn’s Portland map and other projects through his website, Conspiracy of Cartographers.