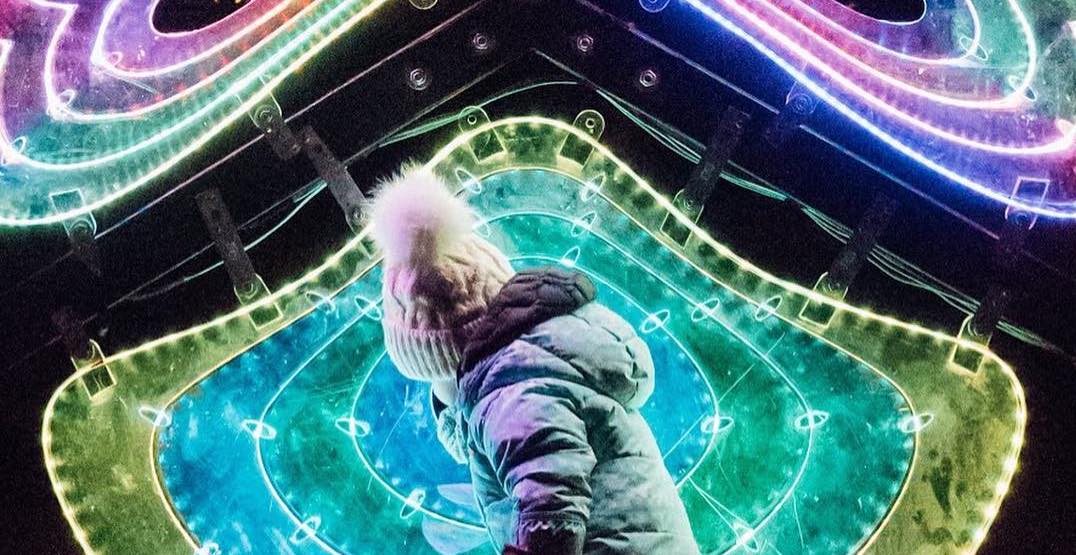 For the fifth year running, The Portland Winter Light Festival is returning to light up the downtown streets.

On the evenings of February 6 to 8, dress in your best fluorescent clothing and check out the light festival, featuring food carts and over 100 installations and interactive activities.

The festival is laid out in two parts: the East Side, and the West Side.

The West Side of the festival consists of Tom McCall Park, Waterfront, Salmon Springs, WTC Plaza, and WTC Bridge Level.

A post shared by Portland Winter Light Festival (@portlandwinterlightfestival) on Dec 13, 2019 at 11:37am PST

With over 100 art installations and activities for you to join in, we don’t want you missing out on the best parts. Here are five events that you should make sure to check out during the three-day festival:

Celebrate the opening night of the festival by bringing your glow-in-the-dark toys, hoops, staffs, and LED props. In the case of rain, the plaza will be covered for maximum brightness. Music will be provided by DJ Global Ruckus while dancing and lighting will be provided by guests. The Jam takes place at the WTC plaza at 121 SW Salmon Street on February 6 from 7 to 10 pm.

A post shared by Portland Winter Light Festival (@portlandwinterlightfestival) on Jan 28, 2019 at 11:08am PST

On February 7, bikers are encouraged to join in on an illuminated bike ride through the festival. Light up your ride and bring it in front of OMSI at 1945 SE Water Avenue where you’ll join other bright bikers on a nearly five-mile ride through the many festival installations. The route is perfectly planned to be the perfect way to see the entire festival.

Have you always wanted to try a silent disco? Now’s your time. Grab your headphones, pick out of three channels, pop ’em on your head, and get boogying. The disco will take place every day of the festival at the World Trade Center Plaza from 6 to 11 pm.

Yes, the majority of the event is outdoors. Yes, it’s cold. Yes, festival organizers thought of that. That’s why they’re bringing you four fire performances on February 7 and 8. The shows will take place at 1000 SW Naito Parkway at 7 pm and 8:30 pm, and is sure to heat up audience members of all ages.

Bring along a lantern and take part in the annual lantern parade, taking place on February 8 from 6 to 7:30 pm. Feel free to pop a squat on the sidelines or join in on the mile-long parade along the Eastern Waterfront and across the Hawthorne Bridge.

When: February 6 to 8, 2020
Time: Evenings
Where: All over Portland
Admission: Free