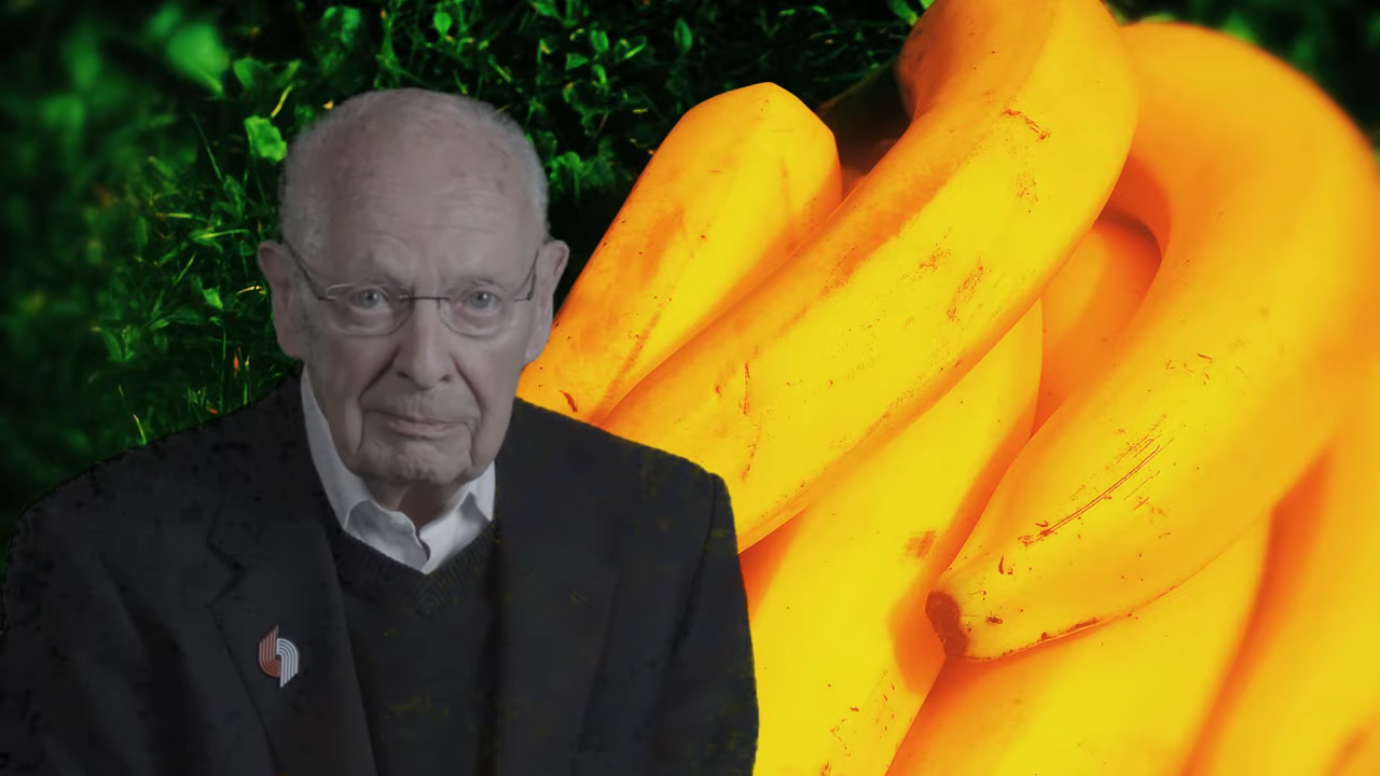 To mark this annual occasion of love, the Portland Trail Blazers have shared a video aimed at helping their fans “shoot their shot” — as the kids say. In laymen’s terms, this means swallowing your pride and taking a chance.

In order to make the video a million times better, the Trail Blazers enlisted a fan-favorite to host.

You’ve heard his voice and know his name; it’s Mr. Rip City himself, Bill Schonely. Or, as he is often endearingly called, The Schonz. This Portland Trail Blazer’s play-by-play announcer has called thousands of NBA games for Portland, starting way back in 1970.

For the holiday of love, the voice of the Trail Blazers stoically recites some of the cheesiest pick-up lines in the playbook.

Highlights of the video include classics like “Do you believe in love at first sight? Or, should I walk by again,” “I seem to have lost my number, can I have yours?” and many more.

There are two rather glorious things about the Trail Blazers’ Valentine’s Day video. Firstly, pick-up lines used for laughs are best when heaping with fromage, and whoever plucked these delights from the cringe list did a great job.

Secondly, and most importantly, The Schonz looks and sounds like he’s had enough by the end. After delivering a rather un-spicy punchline about a calendar pun, you can see the life fall from his face as he looks to the ground and shakes his head in disapproval.

And don’t forget to shoot your shot.