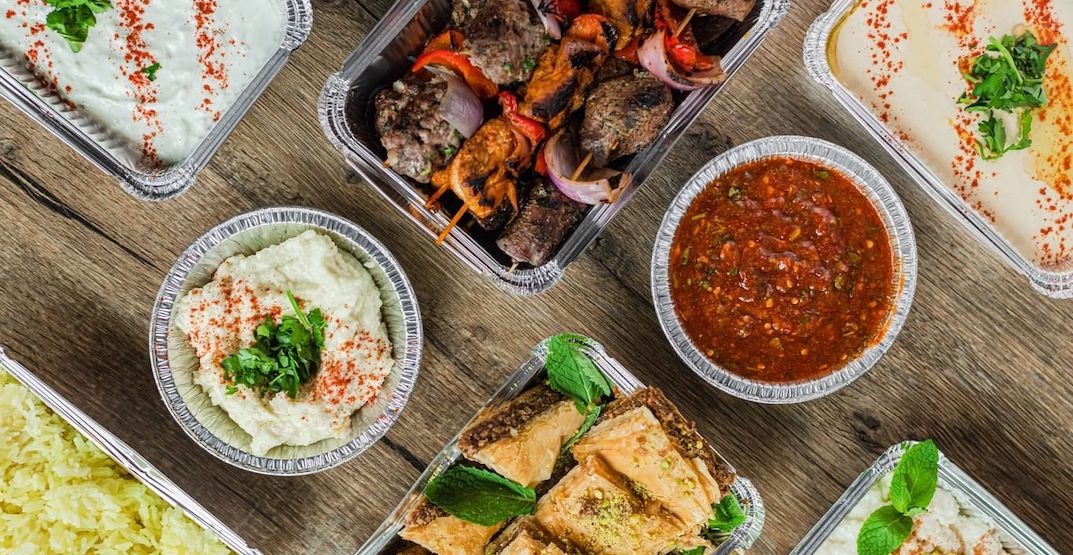 The restaurant was named after the original owner, Nicholas Dibe, who fled Beirut during the Lebanon War with his wife, Linda, and their four young daughters.

The couple, new to Portland, opened Nicholas, which originally served Greek food, pizza, and calzones. Over time, they added some of their favorite home-cooked Lebanese dishes, which wowed the city.

Nicholas has recently opened their third location which increased the inside dining space from 1,000 to 4,000 square feet.

Tables are currently spaced apart for safety precautions while the outdoor patio is heated to offer outside dining options year-round.

We suggest starting your order with creamy hummus and warm pita, as well as tabouli salad. If you want to get a pre-designed platter, Nicholas offers three types of Mezza with hummus, tzatziki, tabouli, falafel, and several other treats.

Next, order family-style and pick a kabob and Lebanese pizza or go simple and get a family meal.

Nicholas is currently open for dine-in, takeout, and delivery.