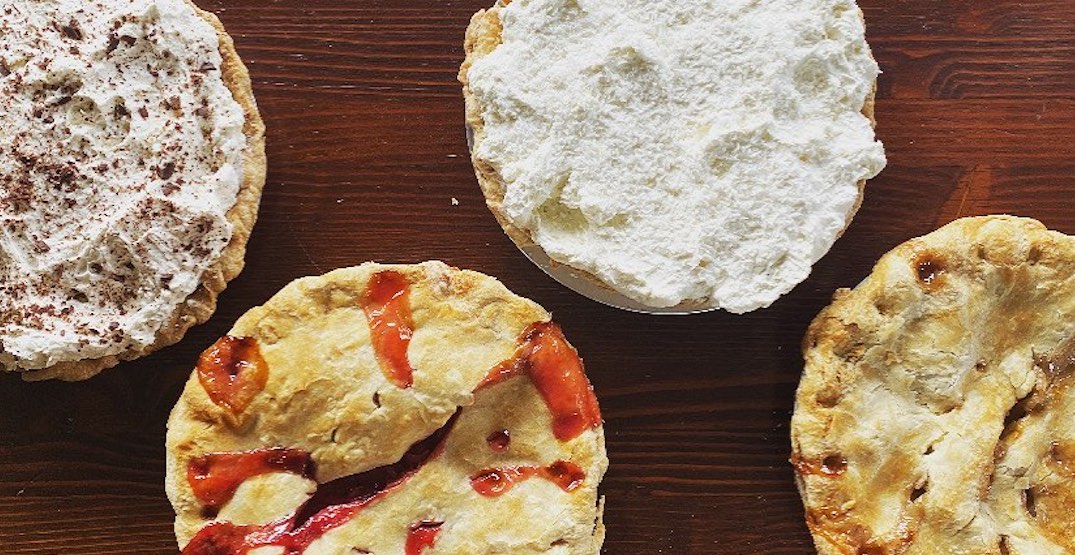 No, we’re not talking pizza pie.

Here are the best spots to get a slice of pie in Portland:

Self-described to have the best pies in Portland, we decided that Pacific Pie deserved a spot on this list. In addition to serving amazing pies, this spot offers Pie Making 101 classes which teach people how to roll pastry, double-crust pies, lattice pies, crumb crusts, create fruit fillings, and more.

Lauretta Jean’s started as a Farmer’s Market Booth in 2011. It has since blossomed into a walk-up window for to-go service. You’ll be able to taste the love in each bake.

This spring, pick between rhubarb oat crumble, strawberry rhubarb, and maple cream pies. In the summer, expect a new list of pies. Then in the winter, expect new pies. We love the fact that each rotation Woodlawn has is always amazing.

You don’t go to Pie Spot expecting anything other than amazing pies. Pick between a wide array of seasonal flavors which are available with regular crust, or gluten-free. Pie Spot also offers vegan pies.

Trust us when we say that Bake Shop bakes one of the best pies we’ve ever had. Yep, it even beats out the one grandma used to make bunches of pies that we kept in the freezer to defrost on special days. Bake Shop is offering contactless pickup and delivery and showcases new menus on their website weekly.

Bipartisan Cafe only serves two kinds of pies: cherry pie and chocolate cream pie. If you’re a fan of either, skip all the other spots on this list and head here. Because they only have two kinds of pies, they’ve perfected the recipe.

Whether you’re looking for take and bake chicken pot pies or want a pre-baked slice of a dessert pie, Petunia’s Pies and Pastries have it all. What’s best is that they offer delivery — meaning that you don’t even have to leave your house.