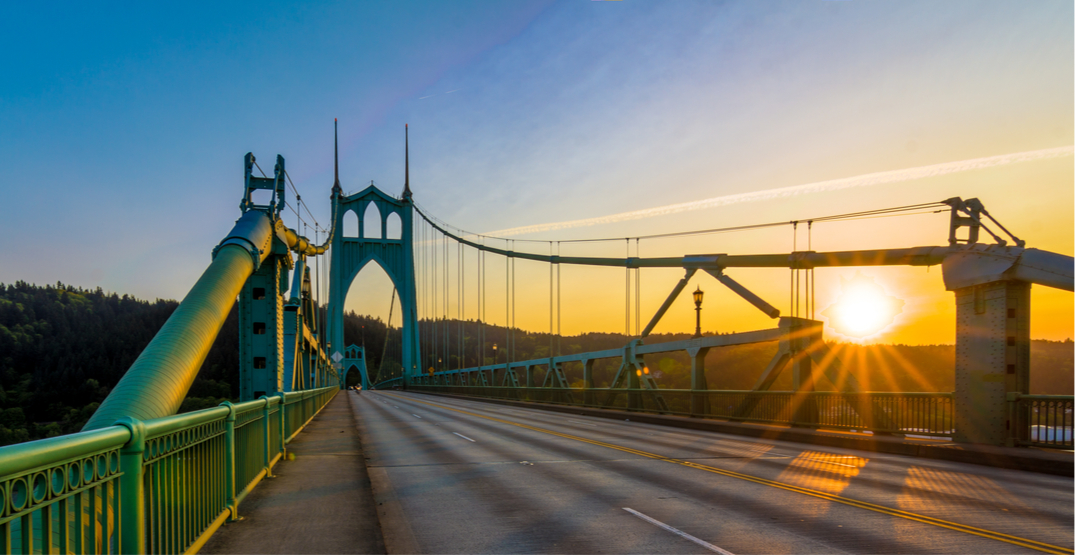 The Portland Fire and Rescue department gathered at the St. Johns Bridge Thursday morning in an attempt to rescue a kitten who was spotted underneath the bridge deck.

Crews propelled down off of the side of the bridge on two ends, moving towards the middle in a rescue that truly put the age-old concept of firefighters pulling trapped felines out of sticky situations.

“We got report that there was a kitten over the edge,” said Lt. Romig of the Portland Fire and Rescue Department in a video posted to Twitter. “We had a civilian that had climbed down on the ladder to try and reach the cat on her own, so we thought we’d come out and help bring the set back up.”

Unfortunately, the team was unable to capture the stranded kitten underneath the bridge, and the small feline leapt into the water.

“We had a couple of boats out there to try and catch it, and it was just too late. The kitten had taken on too much.”

We are sorry Portland. We don’t have good news about our kitten rescue. pic.twitter.com/XMPUQGy9bX

The attempted rescue saw the shutdown of traffic in both directions on the St Johns Bridge spanning the Willamette River.