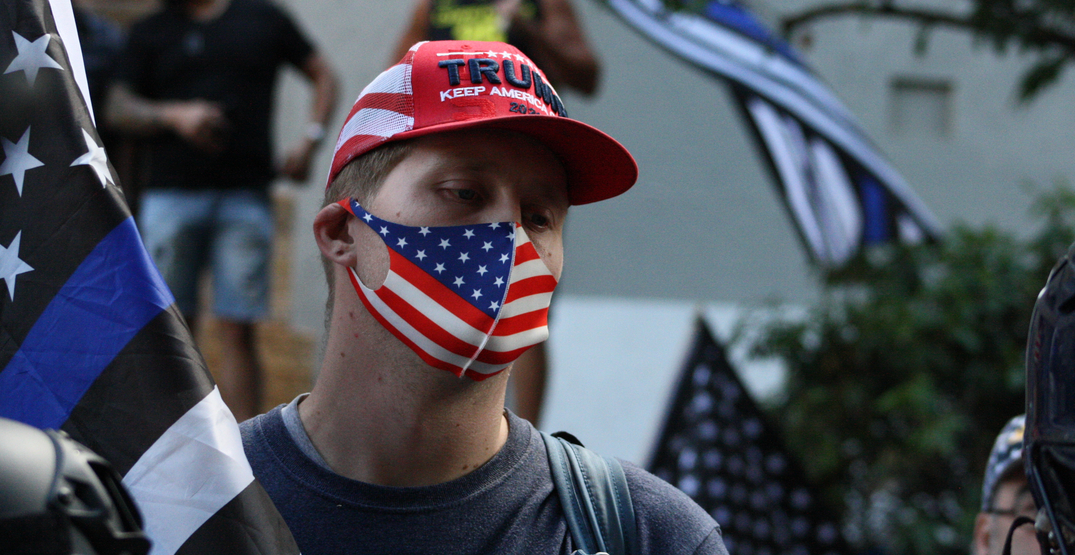 Set to take place this Saturday at Delta Park in Portland, the event tied to the Proud Boys is promoted as a “take back Portland” movement. This hate-group has been seen counter-protesting Black Lives Matter demonstrations throughout the last few months, sporting “Make America Great Again” merchandise and “Trump 2020” slogans.

In order to secure some safety this weekend, Portland City Commissioner Amanda Fritz, and the Portland Parks and Recreation Department, have denied the rally’s request for a permit to gather in Delta Park.

“The described event is not compliant with Oregon Health Authority guidelines about the number of people allowed in gatherings and cannot be conducted in a manner consistent with physical distancing guidance from public health officials,” writes Commissioner Fritz. “We must all do our part to fight the spread of COVID-19 in our community and keep ourselves and each other safe.”

“Events like this are not welcome and not allowed.”

“We have no tolerance for intimidation or violence,” writes Portland Mayor Ted Wheeler via Twitter on Thursday. “We are working with a wide variety of partners from around the region to keep our community safe this weekend.”