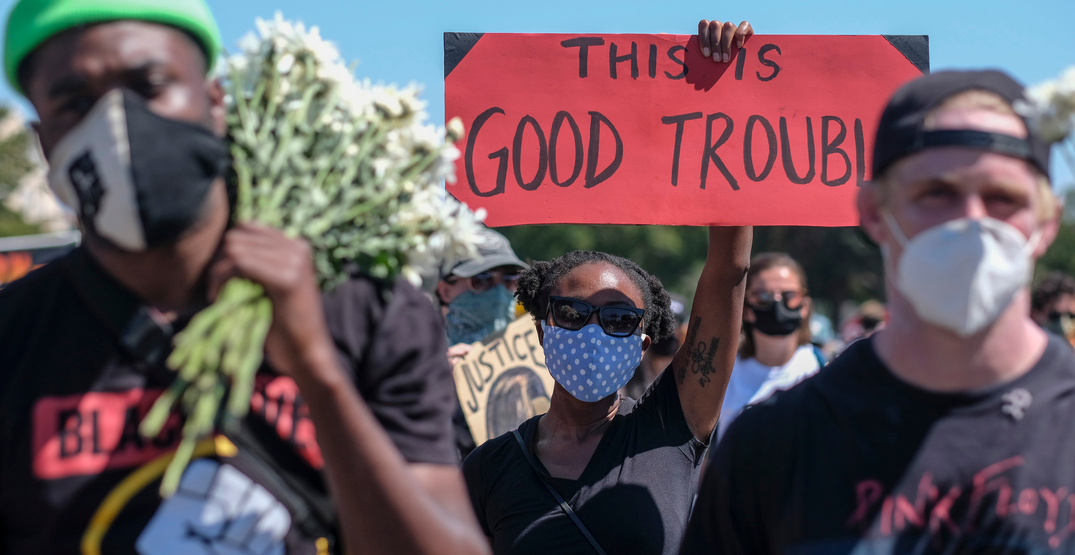 On Tuesday, Multnomah County District Attorney Mike Schmidt announced a new policy that will limit the number of protest-related charges one can face, alongside the freedom for prosecutors to decline to charge demonstrators.

“The demands for change go beyond calling for an end to police violence and encompass the need for all of us to acknowledge and address centuries of racism and oppression that are manifested in mass incarceration, economic inequality, educational disadvantages, and disparities in health care that have allowed COVID-19 to ravage our communities of color,” writes Schmidt in his policy.

The new policy outlines a few particular moves by the Multnomah County District Attorney, as they are related to the charges laid on those arrested during protests in Portland.

Firstly, the District Attorney’s office will presumptively dismiss or decline to press charges against those cited with directly un-instigated crimes. Those crimes, which are “city ordinance violations and crimes that do not involve deliberate property damage, theft, or the use or threat of force against another person,” include interference with a police officer and disorderly conduct.

The former is among the most cited crimes across the numerous arrests made by both local and federal law enforcement officers.

Aside from the dismissal list, Schmidt’s policy also calls into question the charge of resisting arrest. These charges are to be “subjected to a high level of scrutiny” before moving ahead with the charge. “Consideration should be given to the chaos of a protesting environment, especially after tear gas or other less-lethal munitions have been deployed against protestors en masse.”

This same level of scrutiny will be brought down on charges of assaulting a public safety officer. In a conditions list, Schmidt identifies that probable cause for arrest is chief among the concerns regarding the assault charge.

Lastly, the policy indicates that there will be conditional presumptions for the dismissal of charges laid against protesters noted as theft (under $1,000), criminal mischief (under $1,000), or burglary II. The conditions state that these charges will be dismissed should individuals pay the victim or amends to the community (including restorative justice) are paid in full.

“The District Attorney expects that, to qualify for a dismissal, the individual will complete all requirements within a three-month time span.”

All other charges in relation to the social justice protests and demonstrations within Multnomah County will be subject to a normal course of action.