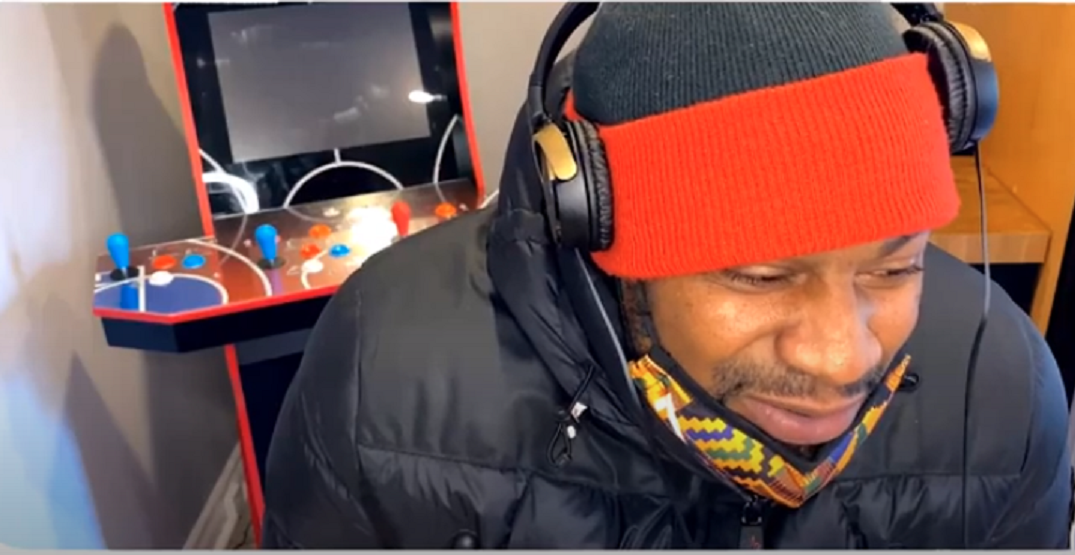 Running back Marshawn Lynch might be remembered most for his ability to always give a quick soundbite, with little way to predict exactly what he’d say on any given day.

So it was no surprise that the Canadian JUNO Awards, which took place virtually this past weekend, reached out to Lynch to get his thoughts on the Canadian music scene.

“They make rap music in Toronto?” Lynch quipped when asked about Canadian rap.

Lynch also added his comments on Celine Dion’s “My Heart Will Go On,” which is most notably known for its usage as the 1997 blockbuster Titanic‘s theme as well as in several internet videos chronicling everything from hockey highlights to people slipping down a flight of stairs.

“She’s got vocals, for sure,” Lynch said.

“Hey man, congratulations to Canada’s 50th anniversary for the Juno Awards,” Lynch closed out the video. “Y’all keep going off up here, man.”

A former member of the Buffalo Bills, Seattle Seahawks, and Oakland Raiders, Lynch amassed 10,413 rushing yards and 85 rushing touchdowns in his career.

Lynch is currently a free agent but did not play at all last season after playing just three games in 2019. It’s unlikely we’ll ever see him play professional football again, but after his first retirement in 2015, we’ve learned we can never truly count out Lynch from surprising us.