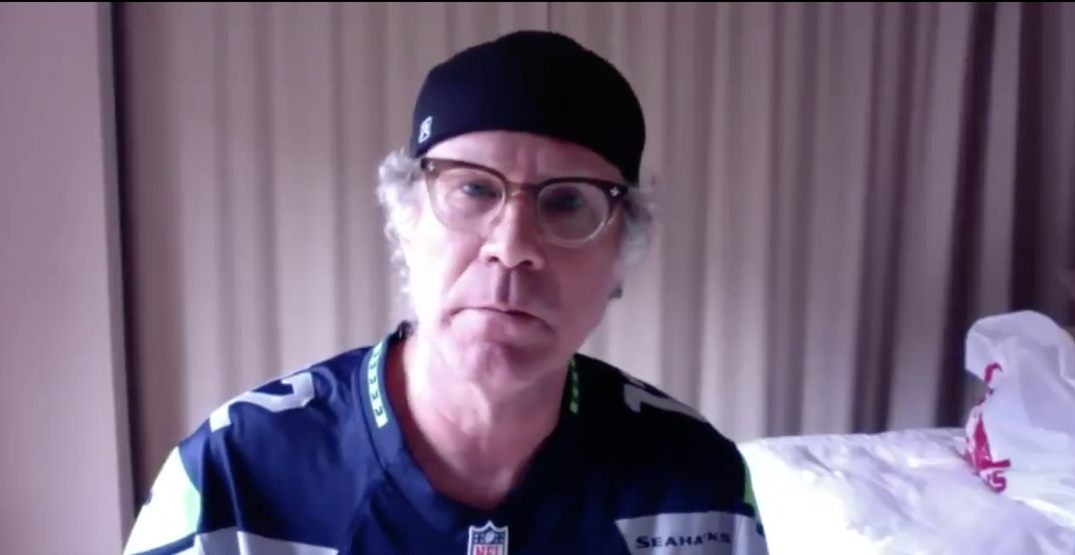 Although he’s new to the team, Seattle Seahawks teammates noticed that Greg Olsen looked a little bit different during one of their team meetings this week.

“We’ve got some new football players, we’ve got some guys that just joined the team, and it would be just wrong if we didn’t welcome our guys in,” said Seahawks head coach Pete Carroll, virtually introducing new players to the rest of the team.

“We have a guy that came to us from the University of Miami, he was drafted by the Carolina Panthers, he’d been playing tight end for years, long time pro bowler, really thrilled and happy to have him be part of what we’re doing, I want to welcome in Greg Olson.”

It was then, that actor and comedian Will Ferrell took center stage impersonating Olsen, complete with a Seahawks cap and jersey. Laughs were heard immediately from the rest of the team.

He then went on to explain to coaches that he “came here to catch some balls” and will be “adding a lot to the playbook.”

Ferrell even whipped up his own play, one titled the 90-go-flywheel-kanye-starburst. 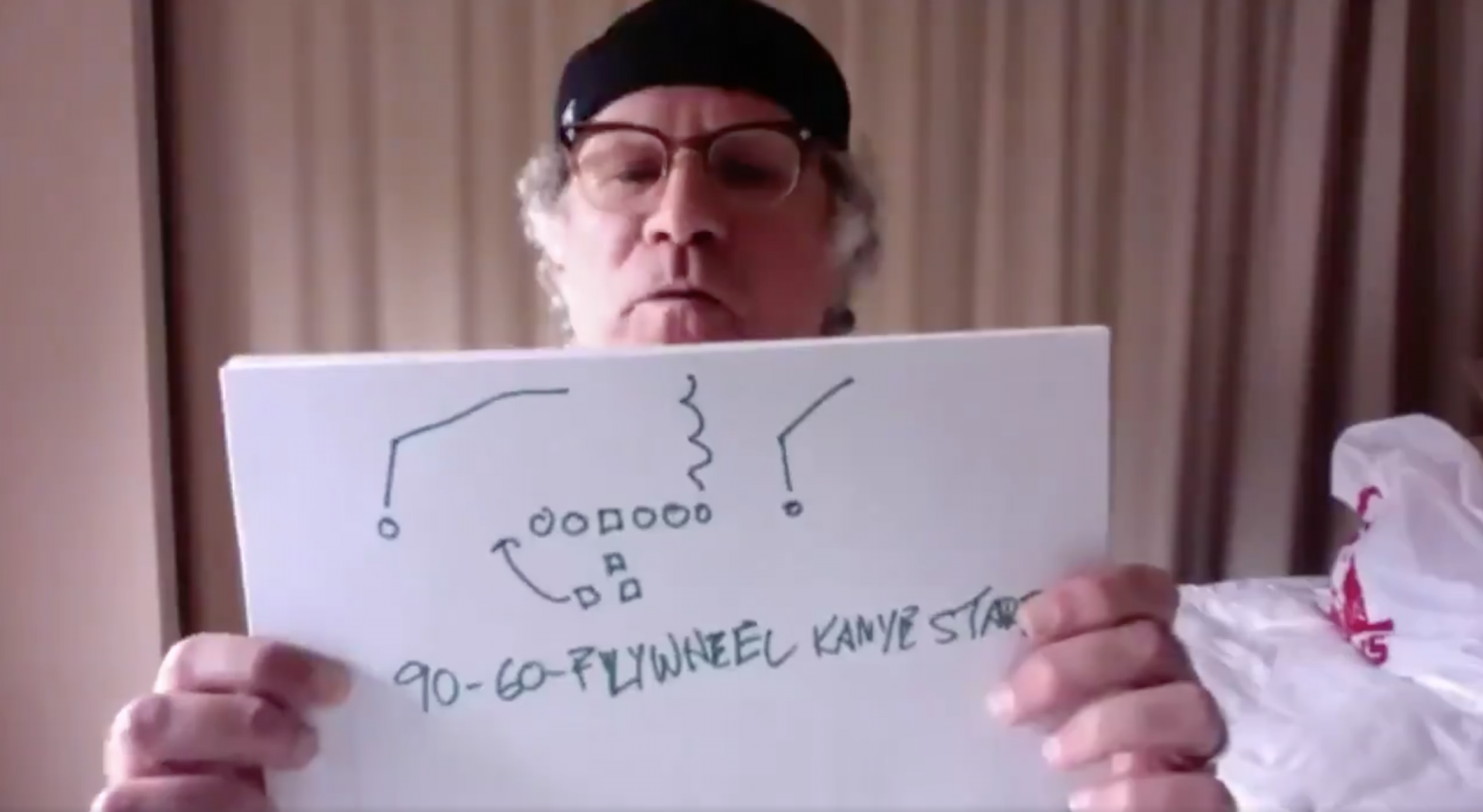 Ferrell even came after tight end Luke Wilson, asking him to tone that s**t down.

“That’s not how I handle myself, alright? I don’t know what you do in the offseason up there in Canada, but cut your f***kin’ hair and let’s play some football.”

A nod to Olsen’s XFL broadcasting career was made, with Ferrell mentioning that he’d only be able to participate in 12 plays per game before returning to the booth.

Finally, the elephant in the room was brought up. “I’m an older guy, I’m 36, but I’ve been working out… I mean, does this look like the body of a 36-year-old?,” Ferrell said before living his shirt, garnering laughs from the team. 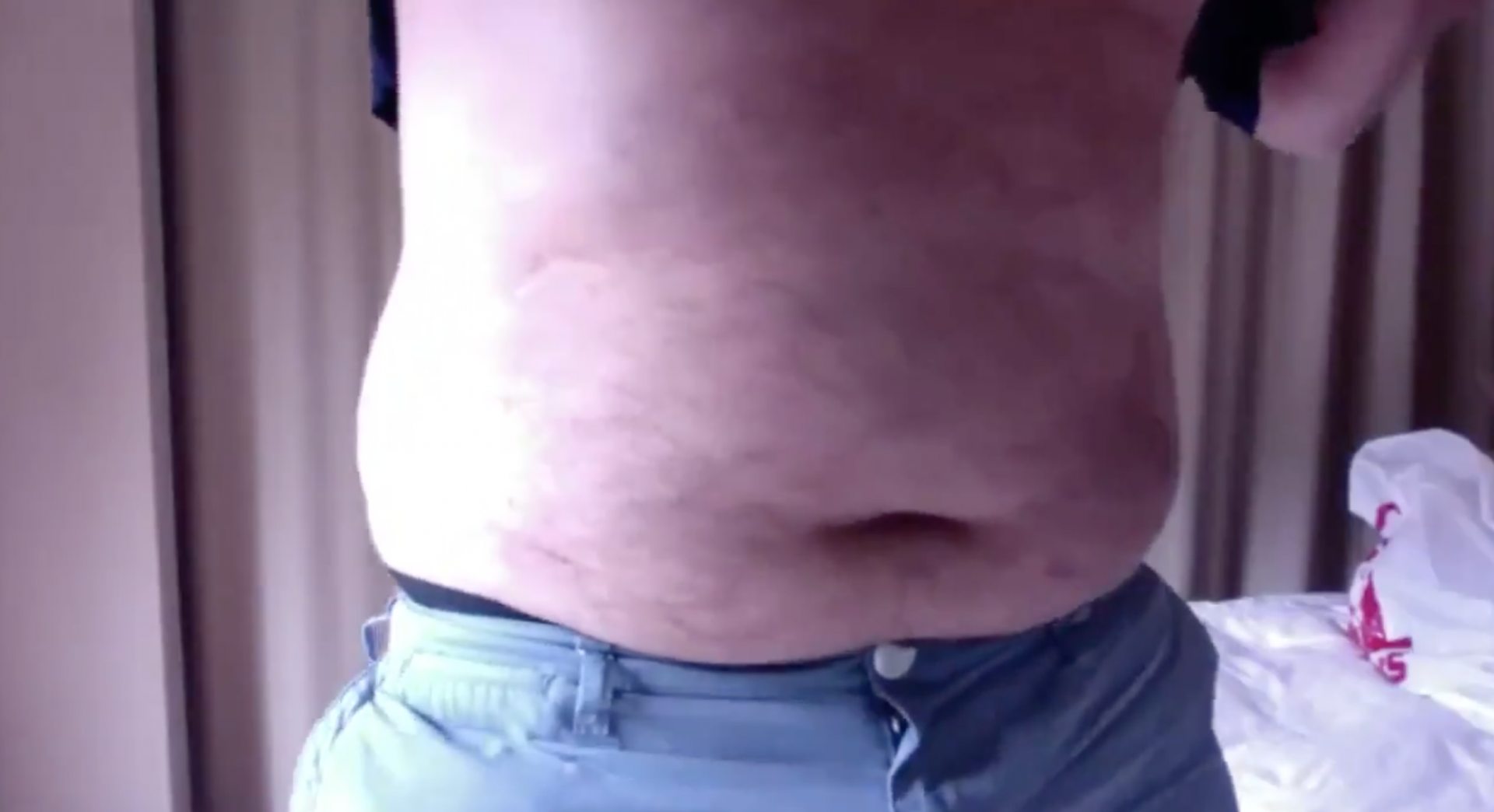 The clip ended with Ferrell being told that he may have to work on his core, to which he responded “my core is fine, my core is fine… it’s all up here,” pointing to his head.

Greg Olsen, 13-year veteran tight end agreed to terms with the Seahawks on February 18 after spending nine years with the Carolina Panthers.