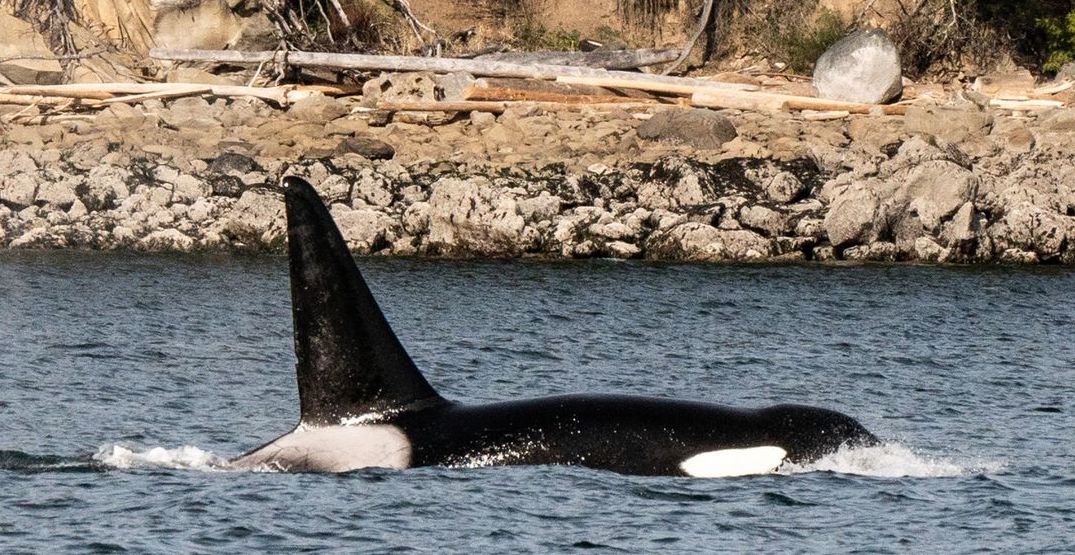 Whale, whale, whale… it seems that the orcas haven’t gotten the physical distancing memo, as the Pacific Whale Watching Association (PWWA) spotted a total of 56 Bigg’s transient killer whales throughout the Salish Sea over the holiday weekend.

There were reports of four separate pods of transient Bigg’s killer whales in the Strait of Georgia, Haro Strait, Puget Sound, and the San Juan Islands. Members of the J pod of southern resident orcas were also spotted.

According to the PWWA, 32 Bigg’s orcas were sighted on Saturday, including two high-profile whales, Tl’uk and Chainsaw.

The two are notable by their markings — Tl’uk having a distinctive grey and white color pattern while Chainsaw is known among whale watchers for two distinctive notches on his dorsal fin, giving it the appearance of a large saw blade.

According to researchers, the coastal Bigg’s killer whale population included 349 individuals in 2018 and had grown at roughly 4% per year through most of the 2010s.