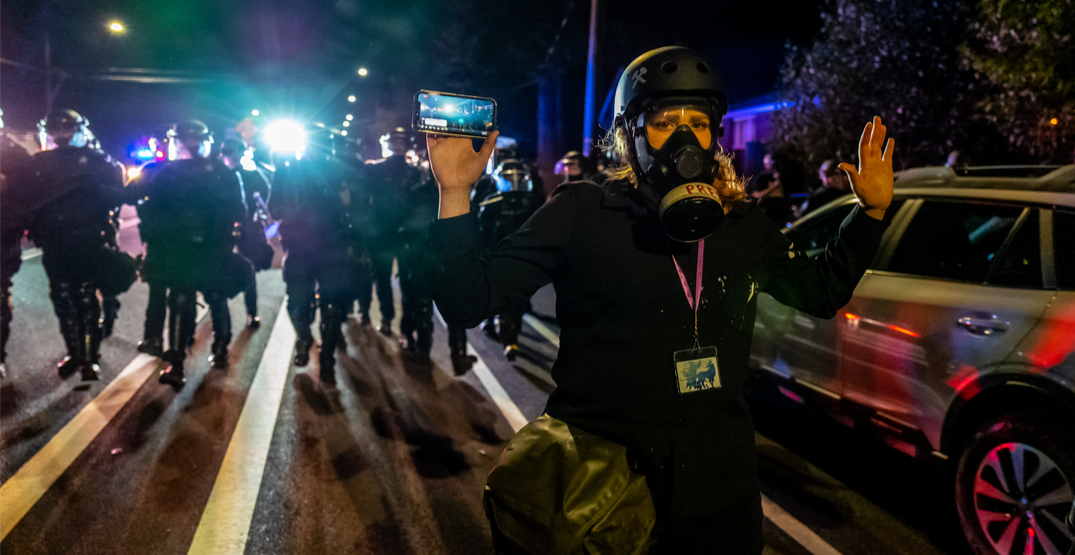 After a peaceful demonstration was declared a riot in downtown Portland on Wednesday, Governor Kate Brown has announced she will do everything in her power to “keep the peace.”

On Thursday, she explained in a press release that two groups gathered in downtown Portland Wednesday night, one that had been demonstrating peacefully for hours, and another, a group of “self-styled anarchist protesters” who showed up armed “with no discernible goal other than to cause violence and vandalism.”

The latter group shattered the windows of a church that feeds Oregonians in need, a women-owned and -operated business that raises money for immigrant and women’s rights, and many other storefronts.

Because of these acts of violence, Governor Brown and the Joint Incident Command activated the Oregon National Guard to assist law enforcement.

“Indiscriminate destruction solves nothing,” Brown continued. “These are acts of privilege.”