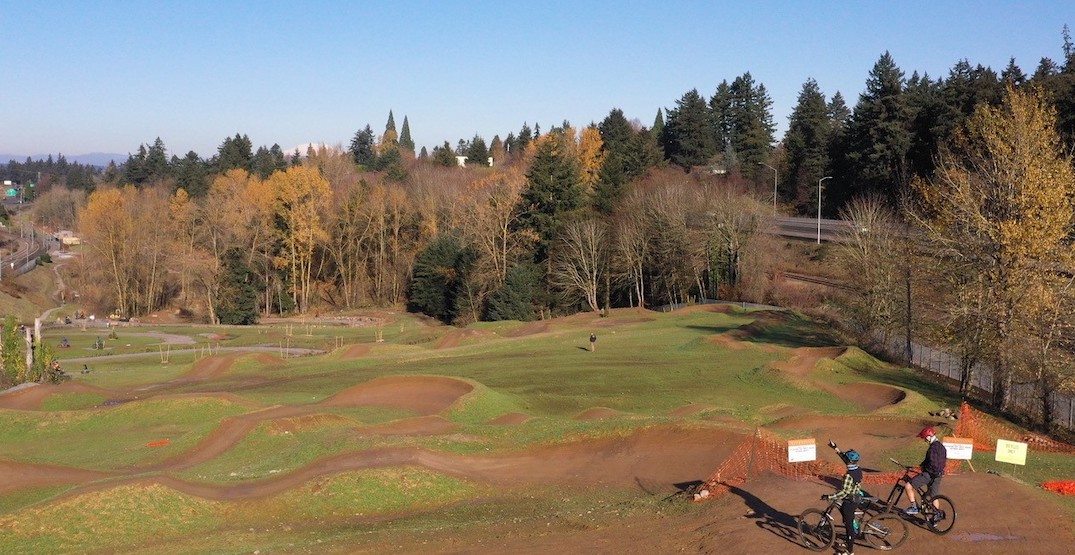 Gateway Green trails and pump tracks have officially opened for use daily from 9 am to 5 pm. 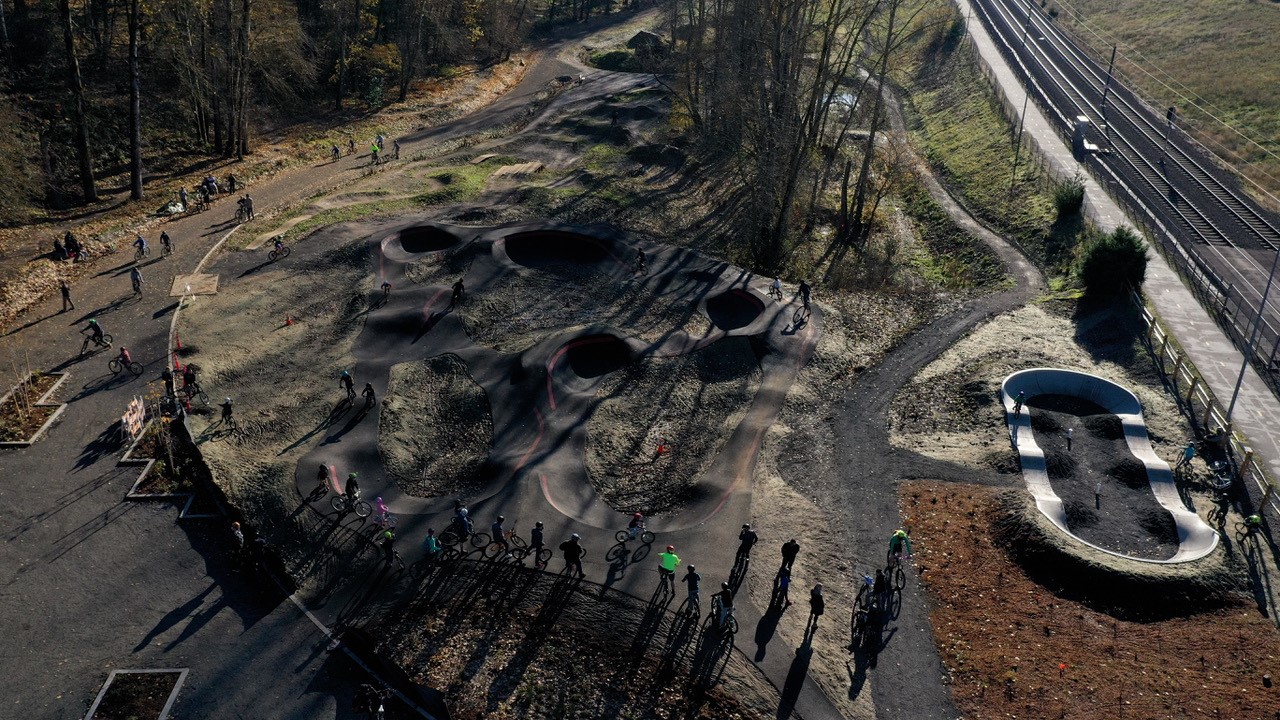 After renovations, the park now boasts improved trails and paths, including a new gravity-oriented mountain bike trail, habitat improvements and plantings, an asphalt pump track nearly 600 feet in length. Park utilities have also been improved to include drinking water and restrooms, as well as a playground and a grassed area for gatherings and performances, once public health conditions permit such activities.

“It is delightful to see Gateway Green become an even more important and appealing part of East Portland’s public spaces,” says Paul Dickow, Chair of the Friends of Gateway Green board, in a press release. “Gateway Green is finally the park we always dreamed it could be. This is a huge day for east Portland, Portland Parks, and off-road cyclists!”

Visitors to Gateway Green must adhere to public health guidelines, including wearing a face covering, maintaining at least 6 feet of physical distance between others at all times, and washing or sanitizing hands regularly and thoroughly.