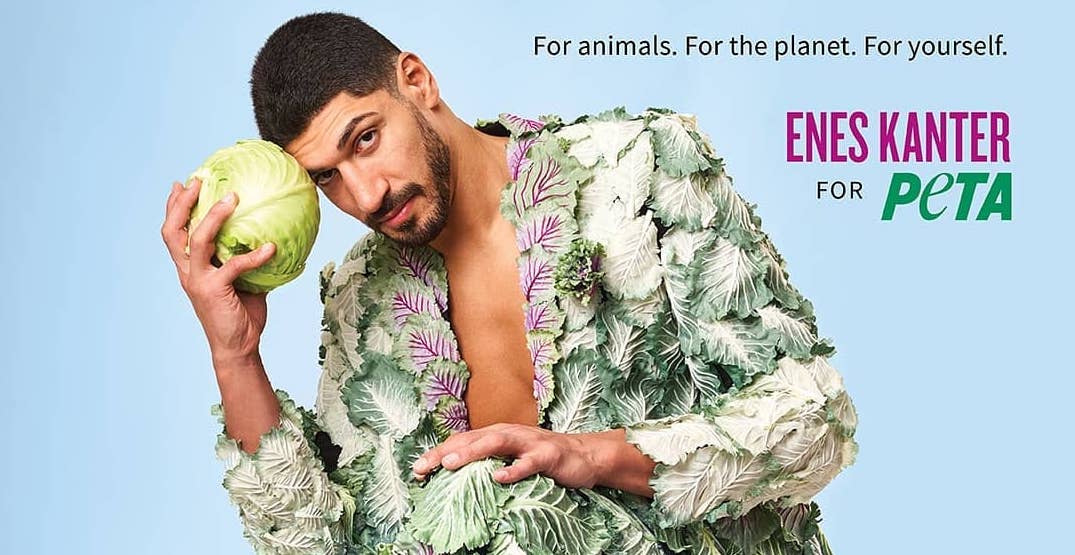 Enes Kanter has traded his jersey for a suit made entirely of leafy greens.

The Portland Trail Blazers center has teamed up with PETA in a new series of ads titled “Turn Over a New Leaf” which urges the public to give going vegan a shot.

According to PETA, the basketball star used his solo downtime in the 2020 NBA bubble to learn about factory farming which made him want to go vegan.

In an exclusive PETA interview, Kanter discussed wanting to inspire younger generations to go vegan and encourages viewers to get active in their local communities.

“You know, we always thought eating more meat is gonna make us stronger, gonna make us faster, leaner. And everything I learned was wrong. That was the first time I decided we need change, and change cannot wait,” he said.