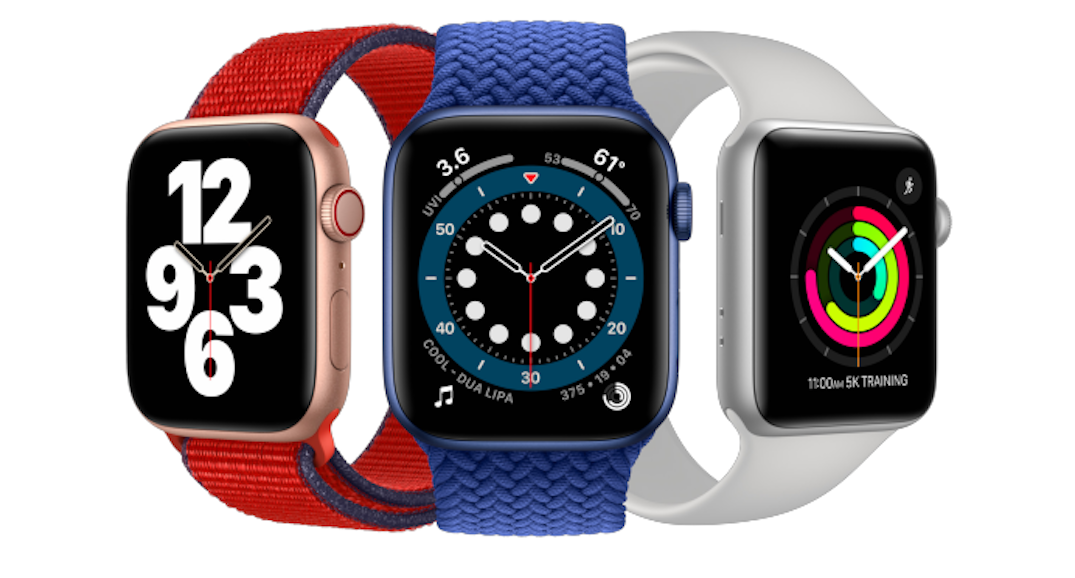 Apple officially unveiled its latest products and software this week, and it included the new Apple Watch 6.

While those looking for the new iPhone announcement may have to wait a little longer, for now, the watch offers new features and designs for Apple fans.

But Apple didn’t just introduce one watch, but two. Besides the Apple Watch Series 6, described as the most advanced watch we’ve ever built and adds breakthrough wellness technology,” the new Apple Watch SE was also announced.

It is the tech company’s first-time user-friendly option, available at a lower cost than the Series 6.

With the big release day upon us, here’s what to check out on the Apple Watch Series 6.

First things first, probably the most exciting portion of Tuesday’s unveiling was the Blood Oxygen app on the watch. While wearing the Apple Watch, the user simply has to hold their wrist flat and still, with the display facing up. Within 15 seconds, your oxygen saturation is measured, and this — according to Apple — indicates how well your lugs and circulatory system are delivering oxygenated blood to your body. But note, the app does say “Blood Oxygen measurements are not intended for medical use.”

And in case you’re wondering, most people have a 95-100% blood oxygen level.

The EGC app is only available on the Apple Watch Series 6, and generates an electrocardiogram, or ECG, right on your wrist. What the app does is it records the timing and strength of the electric signals that make heart beats, and it does it in 30 seconds. You can see the process as it takes place, then the app will indicate of your heart is beating in a normal pattern.

Like the Blood Oxygen app, note that Apple says the watch “cannot check for signs of a heart attack.”

The new Apple Watch as a built-in sensor that can tell when you’ve started washing your hands. If the notifications and timer are activated, it will start a 20-second timer, which is health officials’ recommended time to spend on washing your hands.

You can also set a reminder to wash your hands when you get home.

Also very applicable to the COVID-19 era, and beyond, is the new Sleep function on watchOS 7. Built in the watch, this allows you to track your sleep, set your goals, and alarms, all on your wrist. The alarm function buzzes lightly before gently waking you up, and as you sleep, the watch display is dimmed. 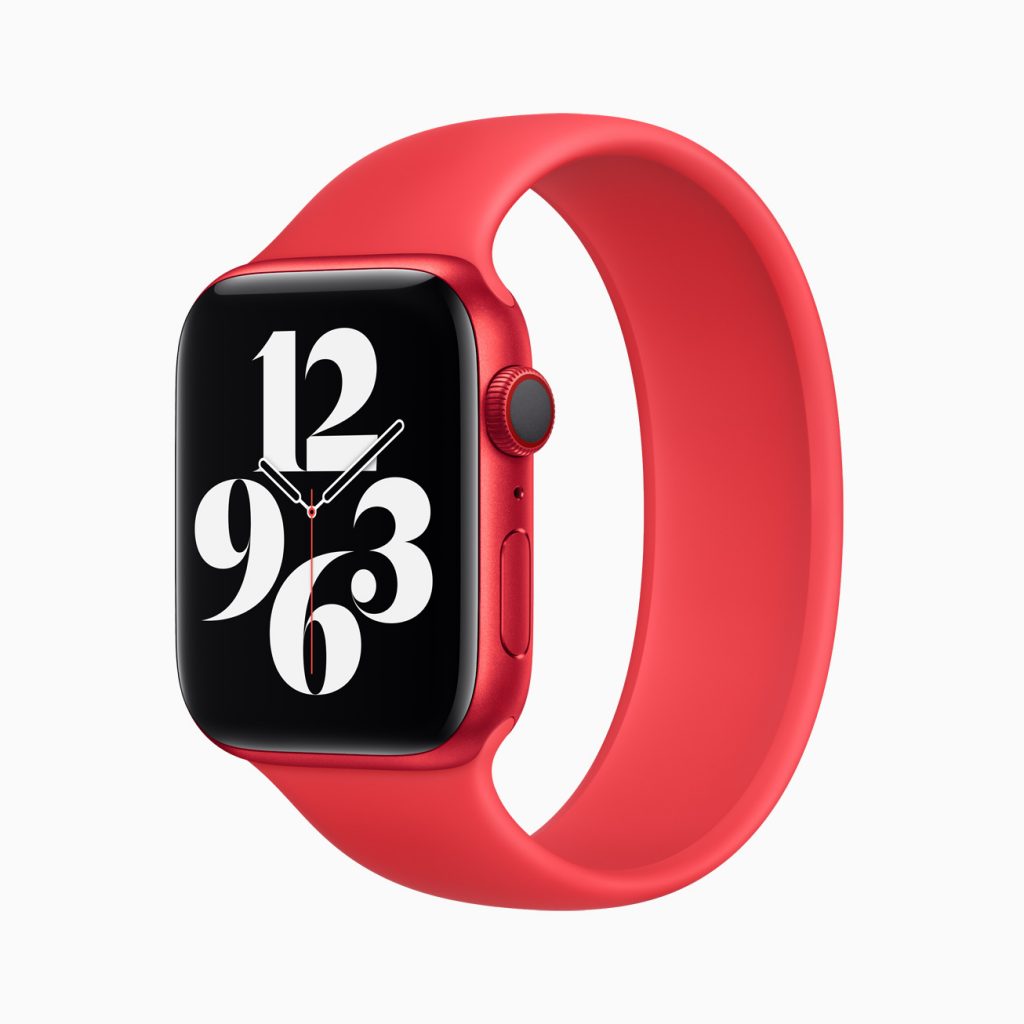 For those looking to personalize their watches, Apple has released new colors including Blue and (PRODUCT)RED Aluminum, as well as Graphite and Gold
Stainless Steel. Besides the watch itself, there is a new band in town… literally.

The “Solo Loop” bands were introduced this week, and you need to check this out if you are using the claspy ones. The “Solo Loop” is a smooth, super comfortable watch that stretches to fit the wrist, and it comes in nine different sizes. 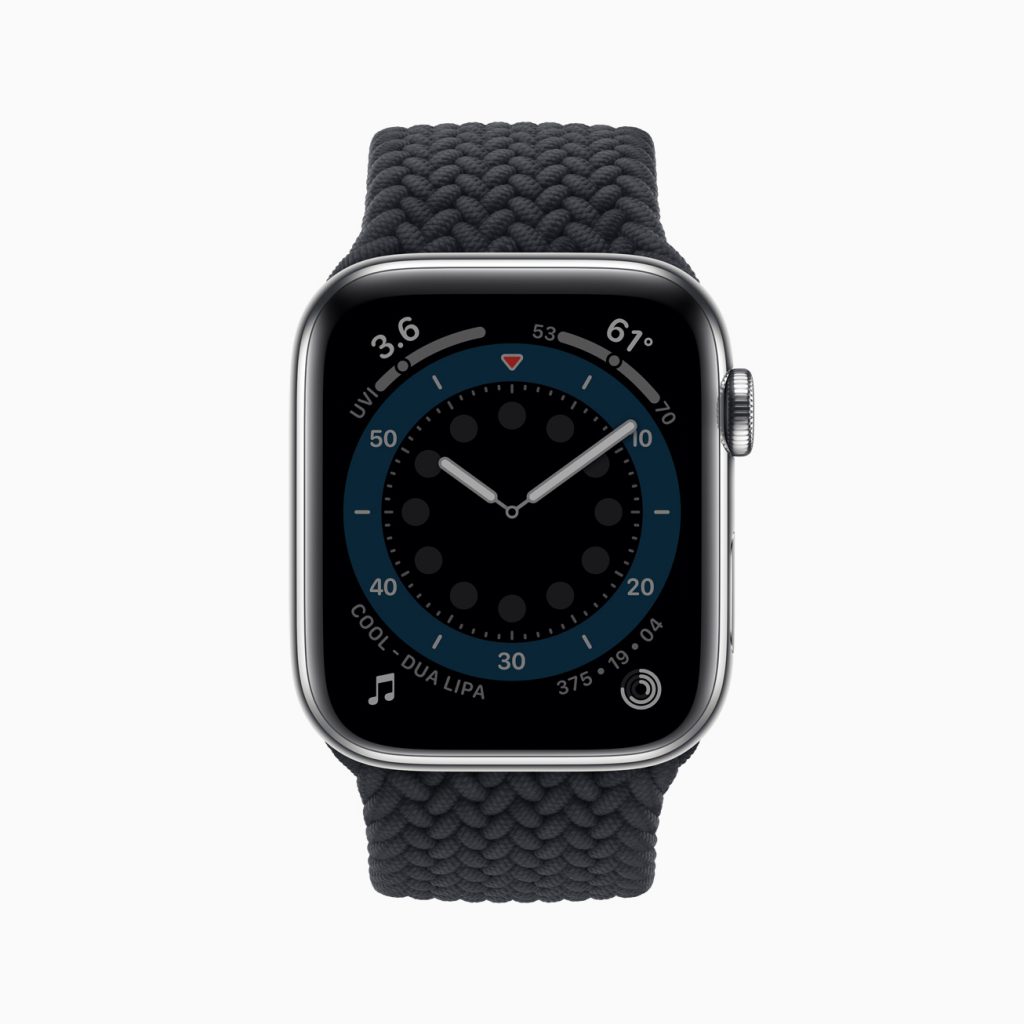 Compared to the Series 5 watch, the new Always-on Retina display is 2.5 times brighter when your wrist is down, which also helps to see while outside on a sunny day, for example.

According to Apple, the new S6 System-in-Package (SiP) is their most powerful one yet, and for those who have had other watches, it shows. The new Series 6 is up to 20% faster than the Series 5.

As for what else is coming this year, Apple has announced Fitness+, which will be available in late 2020. They say it’s an experience built around the Apple Watch, and will offer workouts to help users stay active.

As well, Family Setup will be available, which will allow an adult to pair their watch with their child’s.

Both are available as of September 18.