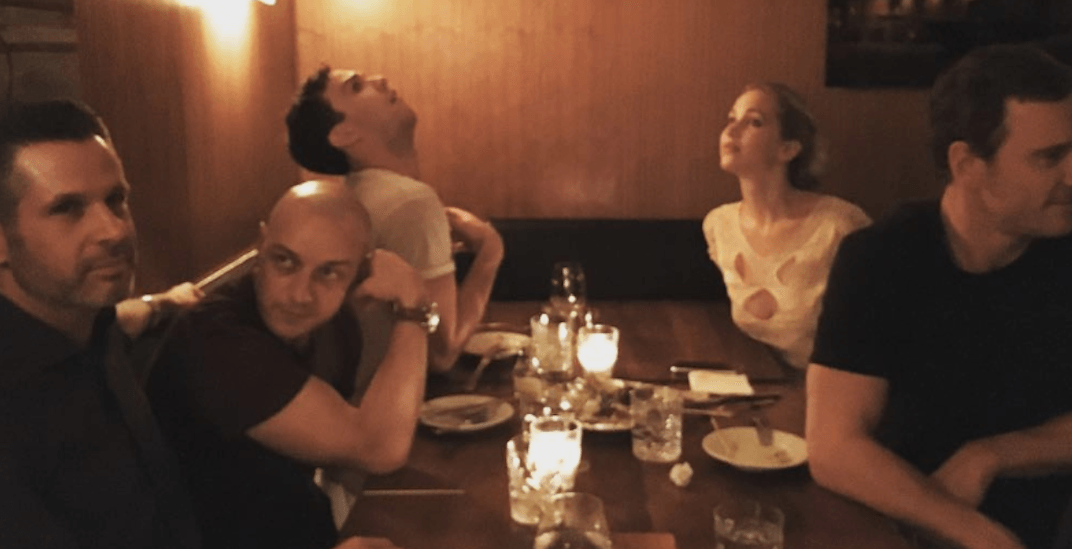 The cast of X-Men: Dark Phoenix joined together for a dinner reunion before filming starts at Mount Royal from August 20 to 25.

The film’s director Simon Kinberg shared a photo on his Instagram page of  Jennifer Lawrence, James McAvoy, Nicholas Hoult and Michael Fassbender grabbing a meal together, although it’s unclear where they are dining.

His caption “#firstclass reunion” was simple, but enough to get fans excited.

Earlier this month, Jessica Chastain mentioned that she would be coming to Montreal for filming as well.

Hey @jamesmcavoyrealdeal you ready for me up in Montreal? Im gonna make you cry so hard 😈 #xmen @simondavidkinberg

In June, Prime Minister Justin Trudeau was spotted with the cast at Liverpool House.

The 13th installment of the X-Men series is set to hit theatres in November 2018.