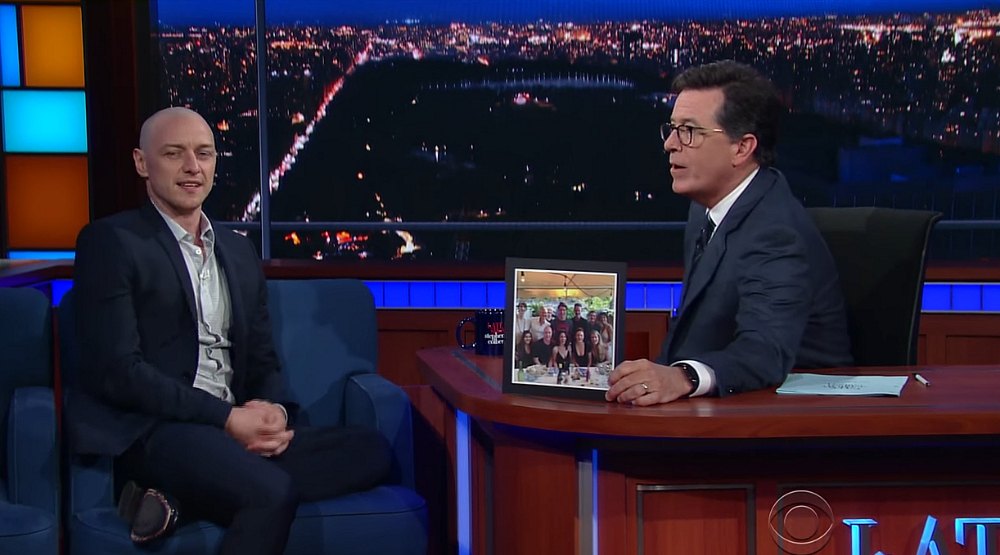 While discussing the shooting of X-Men: Dark Phoenix in Montreal, Stephen Colbert took a moment to ask McAvoy about the photo taken with Justin Trudeau and the rest of the X-Men cast.

The photo in question, taken at Montreal’s Liverpool House during Saint Jean Baptiste Day weekend, went viral almost instantly. Colbert presented the photo to McAvoy, pointing out Trudeau, to which McAvoy replied, “He was cool. He was really cool.”

The two then went on to discuss the way that Justin Trudeau, and the only other French-Canadian in the photo, smile with both sets of their teeth, remarking that no one else in the cast was able to smile this way.

Next, the conversation turned to a discussion about what Justin Trudeau’s mutant superpower would be, “other than making us wish we lived in Canada,” quipped Colbert.

After contemplating for a few seconds, a bald McAvoy said that Trudeau’s superpower would be “good hair,” to which Colbert responded, “Fantastic hair! All of your hair went to him. He sucks out other people’s hair.”