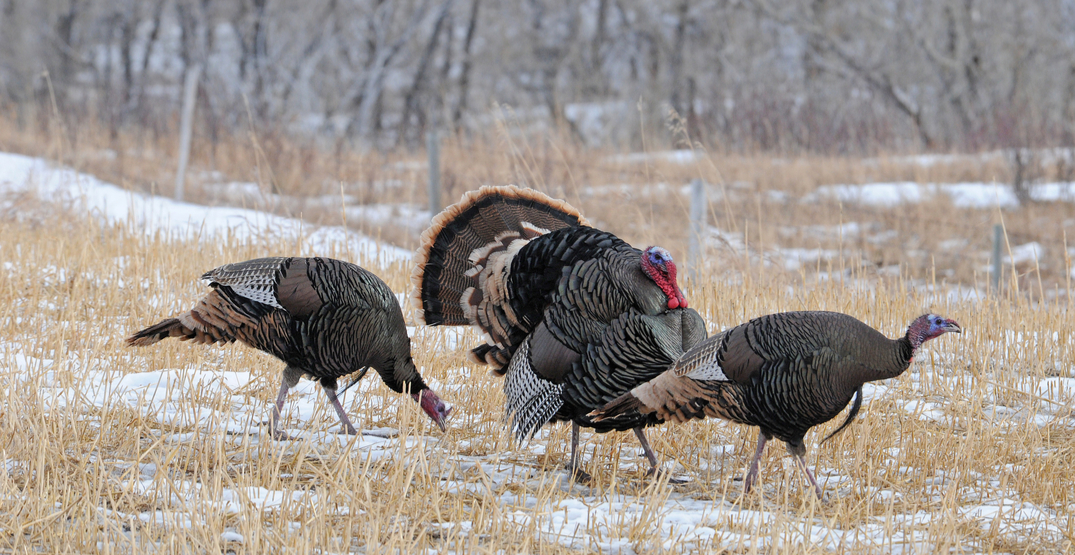 Why did the turkey cross the road?

That’s the question that perhaps a lot of Montrealers are asking after a flood of the wild birds descended on the area.

The influx of turkeys comes shortly after citizens began to complain of an increase in coyote-related appearances.

A recent announcement from the borough of Rosemont – La Petite-Patrie assures that they pose absolutely zero risks towards individuals.

They’ve been described as timid creatures, who feed on fruit, seeds, vegetable shoots, nuts, and insects. They’ll spend most of their time on the ground for feeding purposes and sleep in trees.

Residents are advised that if crossing paths with a turkey, simply walk on, treating it the same way as one would a raccoon or a squirrel. The city has requested that Montrealers not call 311, as they are of no harm.

The city also reminds citizens of Quebec’s management plan for wild turkeys. Growing in recent popularity as a target for hunting and gaming, the economic benefits from bird-related activity in Quebec brings more than $5 million annually.

The province ensures the management of the game, the sustainability of the species, the development of hunting, and their coexistence with wildlife.