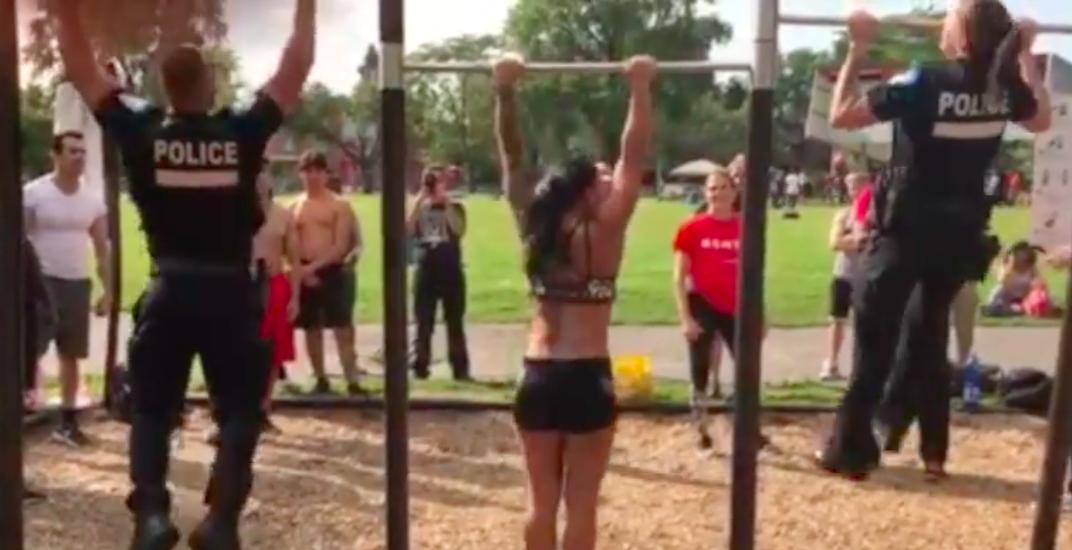 A video of Montreal cops is gaining attention for all the right reasons.

Two SPVM officers were in Jean-Brillant Park and were passing by a group of fitness enthusiasts working out on equipment.

The officers got challenged to compete in a dips and chin-ups contest and they took on the challenge.

Officer Erick Denino dipped like it was no big deal and officer Valérie Guérin-Thériault was a chin-up champ.

These cops definitely put our fitness levels to shame.