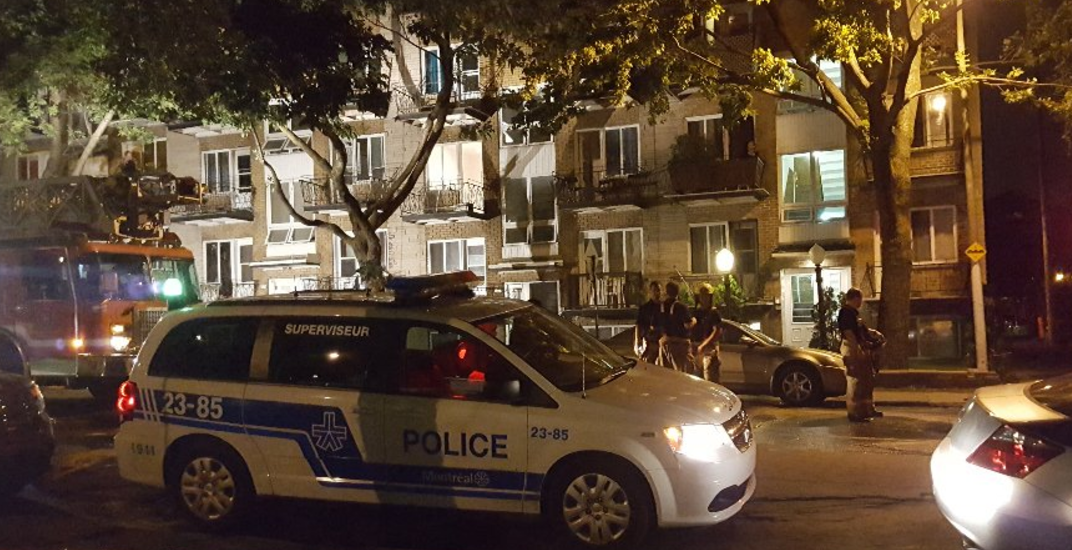 Montreal police rushed to rescue a toddler left alone in an apartment fire.

Officers hurried to the burning building located in Hochelaga-Maisonneuve early Thursday morning. They were already in the area dealing with an earlier unrelated incident, reports the Montreal Gazette.

Eight officers entered the smoke-filled building without proper breathing equipment. They followed the sound of the baby’s screams and were able to rescue the little girl from the flames.

The officers used fire extinguishers to get the flames under control.

Congratulations to my @SPVM officers! What a great job, i m very proud of you! 👍 https://t.co/1aQJabEBPy

Fire : Sgt Hugues Thibault Intervention Nord #spvm one of the police officer that saved the baby and the occupants on Dézéry #PDQ23 ^RM pic.twitter.com/aYAOpx2e0w

A woman in her 50s who is believed to be the child’s babysitter has been placed under arrest for criminal negligence.

While the little girl did not suffer from smoke inhalation, some officers had to be taken to hospital where they are recovering.