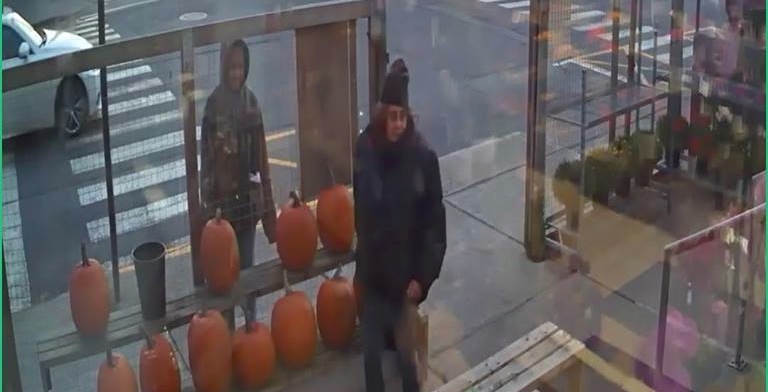 A donation bucket that was set up to save money for veterans was stolen outside a florist shop in Montreal West.

Alex Yoo, the owner of Marche de Fleurs Westminster, had been collecting money in the weeks leading up to Remembrance Day with a bucket outside of his shop.

The bucket was put outside and promised a free pumpkin for each donation.

According to the shop’s Facebook page, when Yoo closed up shop on Sunday night, he noticed the donations bucket was gone.

After going through surveillance video, he spotted two people lingering outside the gated area where the bucket was, when one thief picked up the bucket and put it in a bag.

Yoo uploaded the footage to Facebook and included commentary on the miserable theft:

The flower shop has since claimed they’ve received a heartwarming response to the theft including people who have made enveloped donations, in-store.

The florist claims the symbolic value is a silver lining, and that the surrounding community is full of good people. “The outpouring of love and support is tremendous,” says a post on the shop’s Facebook page.

The florist plans to donate the money to the Royal Canadian Legion’s poppy fund.

Marche de Fleurs Westminster has since set up a new bucket and plans to keep it outside for several more days.