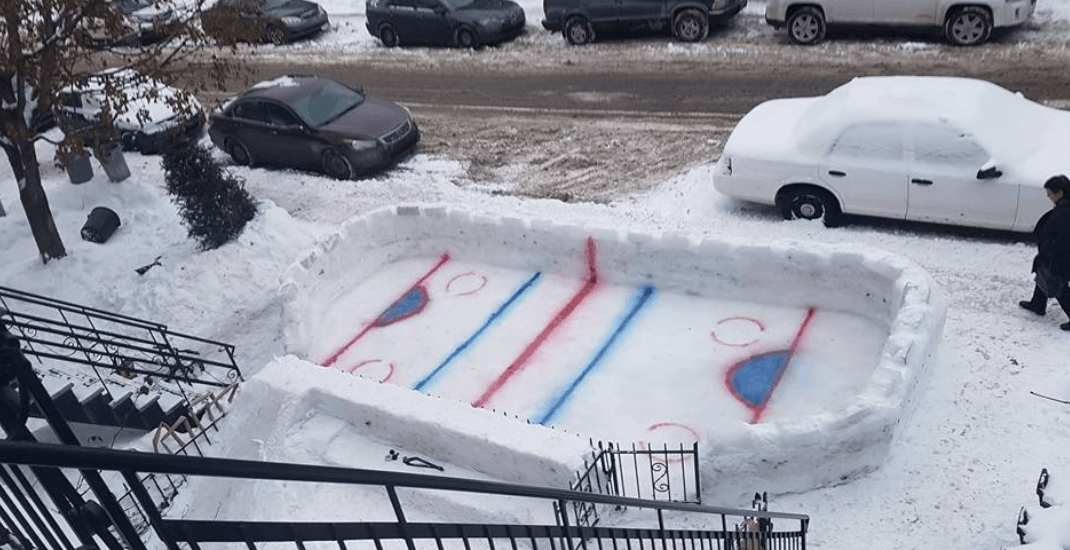 The recent cold snap freezing over most of the country has many Canadians wanting to stay indoors.

But some parents in Verdun, Quebec, decided to make the most of the frigid temperatures and snow by building the ultimate mini-hockey rink for the kids in the neighbourhood.

Photos of the adorable rink were shared by Mike Deshaies on his Facebook page.

This rink definitely looks like it keeps the kids in the neighbourhood from going stir-crazy indoors.

According to Deshaies, the rink was created on a broad stretch of sidewalk, allowing for pedestrians and snow cleanup crews to still pass on the street.

“Hats to the parent who did this,” wrote Deshaies on Facebook.

Talk about the ultimate dream for every Canadian kid!