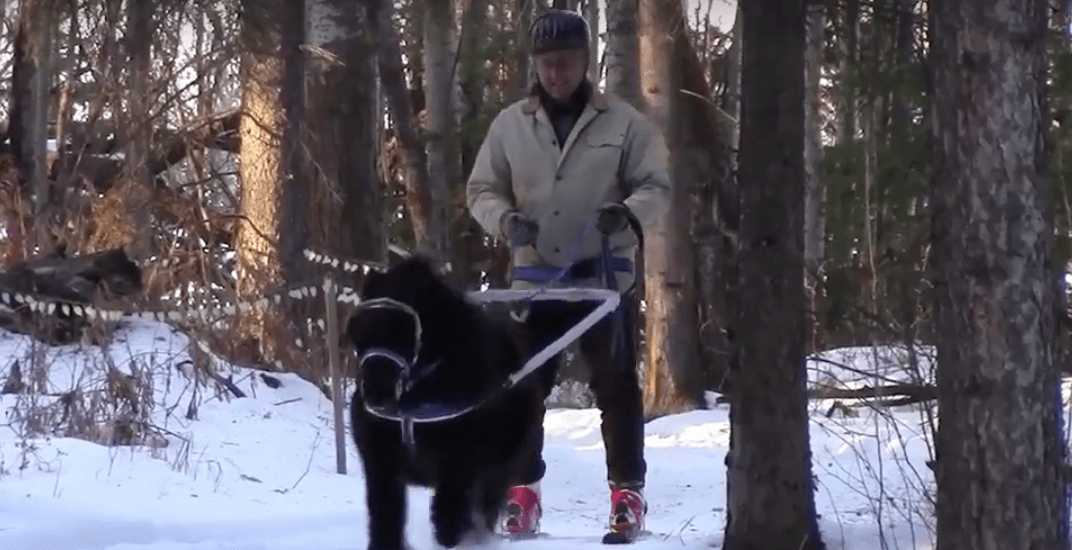 Patty Kramps and her husband Kelly Miller live on an acreage near the the small town of Pickardville, which is located just north of Edmonton and is about a four-hour drive from Calgary.

They share their property with an 11-year-old mini-horse named Supertonk, whom they bought at “a local horse sale” in 2010.

And it’s thanks to a video of her husband and Supertonk which Kramps recently posted on Facebook that over 2 million people have been introduced to the sport of skijoring: being towed on skis by an animal.

“A friend of ours skijored with dogs, and suggested we try it with the minis, so we did that for the first time in 2013,” said Kramps.

But this winter “was Tonka’s first go at this.”

And while she’s admittedly uncertain as to exactly why the video went as “far and wide”as it did, Kramps told Daily Hive she’s “thrilled” with the video’s success.

“I am very happy to see how many people have been inspired by it, to get out and do something with their miniature horses,” she exclaimed.

For those who want to give the sport a try for themselves, Kramps and her husband have also operate a skijoring harness and system business.

Just another fun way to horse around in the winter weather.