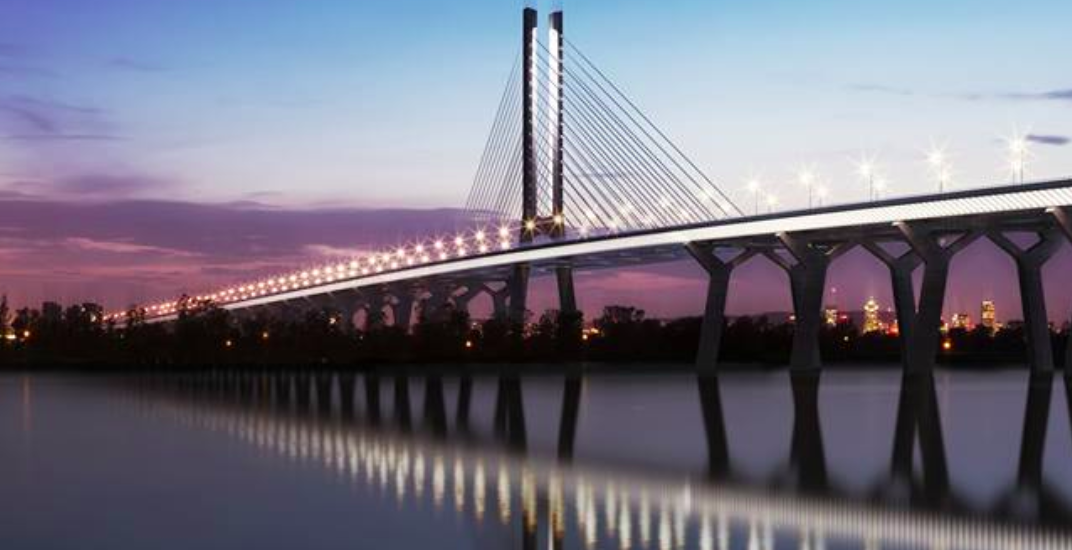 Construction crews are scrambling to complete the new Champlain Bridge by December 2018.

Over 800 workers are now on the job, and the construction site is open for nearly 20 hours a day, six days a week.

According to Infrastructure Canada, the following progress has been made on the bridge  since work began in 2015:

However, Infrastructure Canada notes that the “schedule for the new Champlain Bridge project has been put under pressure, due notably to challenges related to the transportation of oversized pieces and more recently, the summer 2017 strikes that affected the Quebec construction sector.”

Because of a possible delay, the Jacques Cartier and Champlain Bridges Incorporated (JCCBI) is assessing the possibility of extending the length of service of the existing Champlain Bridge.

Once the new bridge is completed, the old one will be demolished in 2019 and will take four years to take down.

The new $4-billion bridge is expected to last for 125 years.