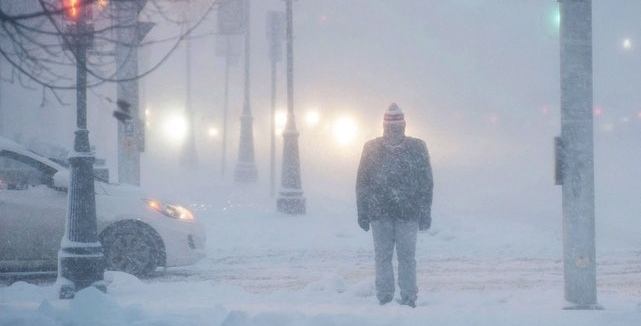 It’s the dead of winter and Montreal and Toronto have been hit with an onslaught of cold, ice, and snow.

Sometimes when winter hits this hard, it’s easiest to just laugh at everything — and that’s exactly what Twitter is for. Plus, it’s really warm and cozy in the virtual world.

GIFs, memes, and jokes were keeping the Twitterverse warm last night and we’ve shovelled up a few of the best.

Props to the gas station attendant who tried to sell me a car wash on a day like today. Always hustlin’. #ONstorm

Let’s play a game – where could you have gone in the time it took you to get home? My commute was 4 hours – I could have flown to Cancun. #snowTO

20 cm snow hits Toronto they call it a storm and freak out, 20 cm snow in Montreal is just another day in spring.

One day in the future…

_____
Grandkids: “Grandpa, tell us that story again about how you made it to your 3-hour lecture during a blizzard❄️”

Here’s what active (winter) transport looks like in a walkable neighborhood.
The morning commute by sled, outside daycare in #Montreal‘s Mile-End. pic.twitter.com/fGI6oad79g

This is how my dog is handling the #snowTO and #ONstorm, in case anybody was wondering. pic.twitter.com/Kxvd1dWg3O