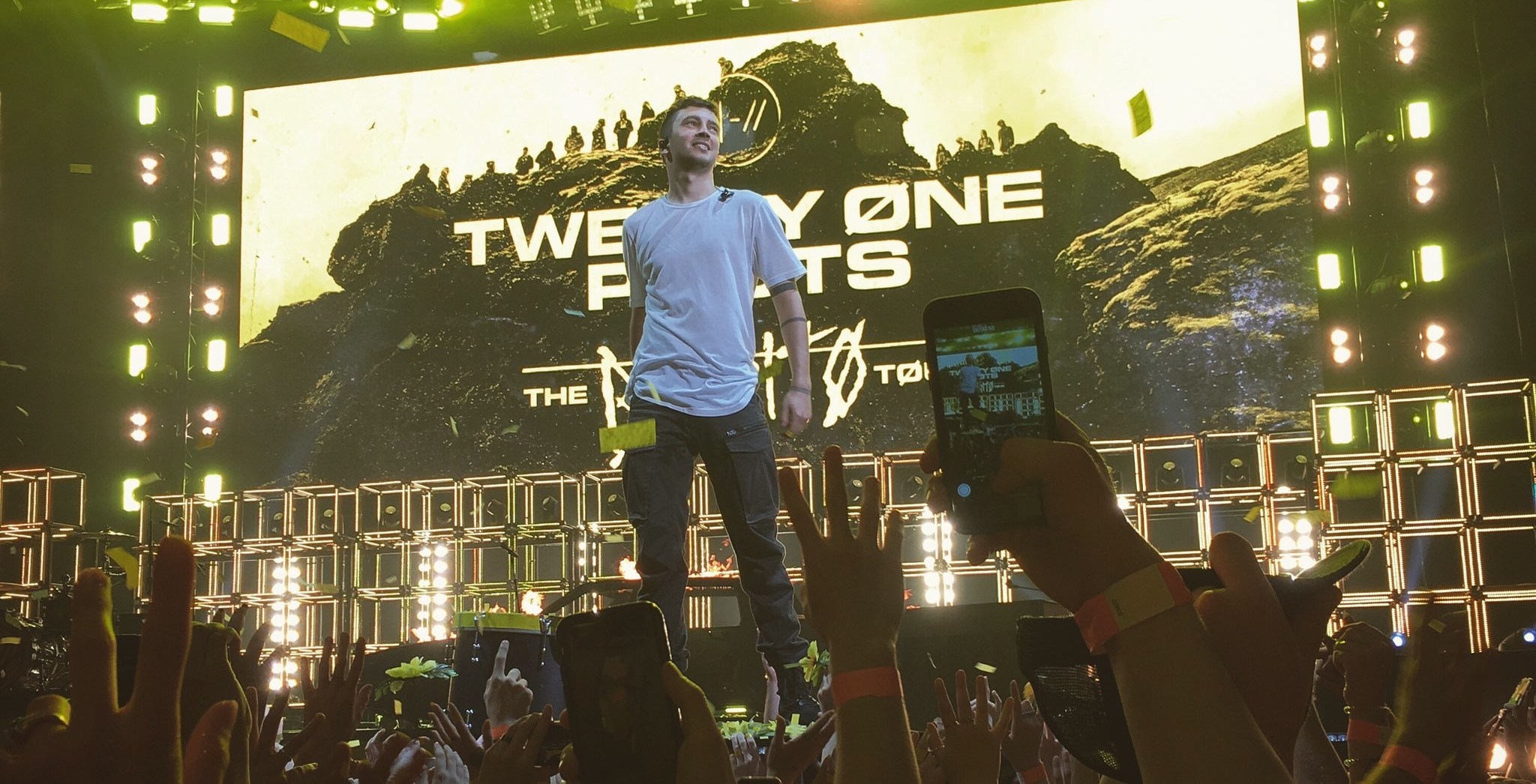 When singers call out the name of the city they’re performing in, the crowd is bound to go wild. Mention that city as one of your favourites stops of an entire tour? Well, you’d be the Twenty One Pilots last night.

The lead singer of the popular rock band was singing Montreal’s praises last night — almost literally — at the Bell Centre as part of the Twenty One Pilots’ “Bandito Tour.”

Before playing their song “Trees,” the band’s lead singer, Tyler Joseph, asked the lights to be turned up before heading over to fix a bugged piano synthesizer, quipping that “this was almost a perfect show.”

“Let’s be real, my little piano synth thing is not working right now, I’m going to walk over there and test it,” Joseph told the crowd. “I want the camera to show this moment. We’re going to be very transparent. I have no clue if this is going to work right now, sometimes it does, sometimes it doesn’t. Ready? If it sound comes out of here, I want you all to lose it. Ready? Here we go.”

With the crowd yelling, screaming, and flashing pictures, Joseph amps up his pre-song speech by praising the city:

“This is one of our favourite shows on this entire tour was right here tonight.”

Here are a couple of different angles of Joseph’s speech:

Trees “speech” tonight in Montreal. Someone fucked up and Tyler’s keyboard stopped working for a few minutes. It all worked out in the end tho. Please ignore me and my friend’s ugly laughs 😂 Enjoy! #BanditoMontreal #TheBanditoTour pic.twitter.com/xHgZhfAmma

As if the band didn’t have the Bell Centre crowd on their side enough, Joseph incorporated Montreal’s name into some lyrics to really get the crowd buzzing. The Ohio-native also tested out some French to pump the Montreal crowd: