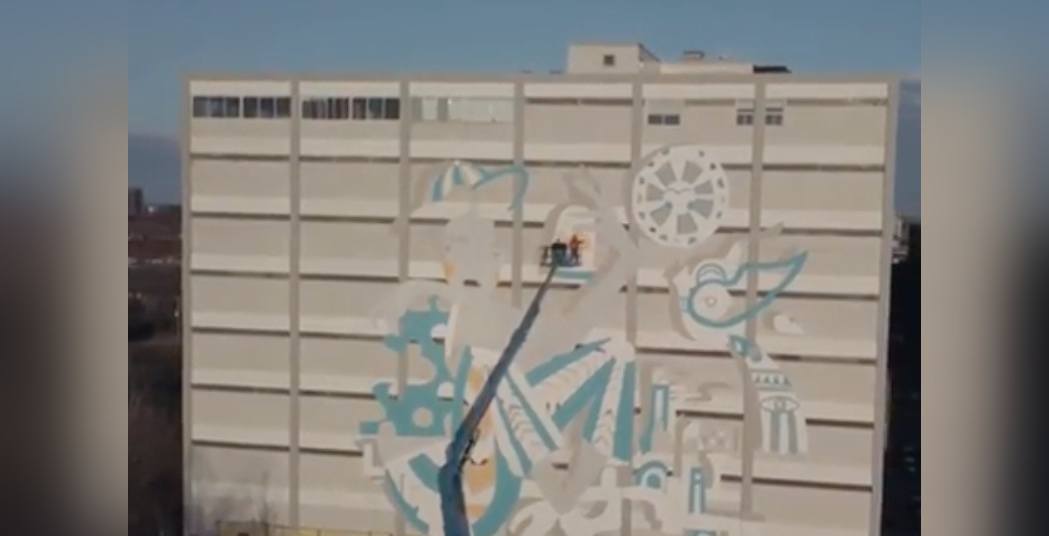 Montreal is about to become home to the biggest woman-made mural in the country and aerial drone footage proves that it’s coming along nicely (and epically).

The art piece, named Walla Volo, will become a permanent fixture on a massive wall on a building in the Mile End.

LE CARTEL, a prominent art group that has been part of Montreal’s art scene since 2015, chose Kazakh-born and Mile-End-raised artist Ola Volo as the mastermind behind the city’s newest and largest mural.

“After one month of work, this mural of 15,000 square feet will become a symbolic icon to the Mile End,” reads the Walla Volo website. “This colourful, creative, multicultural artwork will become a symbol of freedom as indicated in the quote you’ll find at the bottom of the wall: ‘Art is a space where freedom tests its wings.'”

Ola Vola posted the footage of the giant-scoped art piece to her Instagram page with the caption “Work in progress!” and so long as you’re not afraid of virtual heights, it’s pretty epic:

LE CARTEL has set up a website to raise funds for the Walla Volo, which is expected to cost $50,000, amounting to $3 per square foot.

The website sells tote bags and tee shirts to raise as much money as possible for the project, which is being unveiled on May 23.