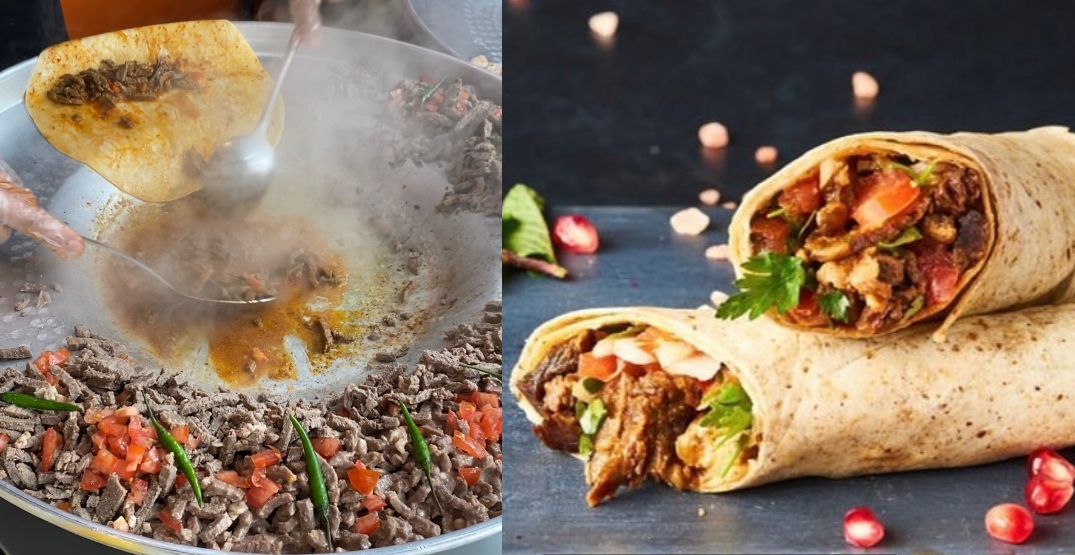 A new Tantuni joint has opened in the heart of downtown Montreal and it is seriously delicious.

In case you didn’t know, Tantuni is an incredibly common street food in Turkey. Often served on baguettes or wraps, the dish, which is named after the sound made by the metallic pan used to prepare it, is usually made with sliced beef or chicken and served with parsley raw onions, sumac mix, and tomatoes.

The variety of flavours combine to create something spicy, savoury, and succulent.

Mr. Tantuni, which has over 500 locations across Turkey and greater Europe, launched its first Canadian restaurant just a few steps away from Concordia University’s downtown campus earlier this month, and locals are already falling in love with it, especially students, who are entitled to a 10% discount on everything.

“We are not exactly fast food… We are fast, but not junk.” That’s how owner and manager Miran Mardini, a chef of Kurdish descent, describes the dishes offered at his establishment. “I opened here nine days ago and I’ve had some customers who have already been back four or five times,” said Mardini. “I guess it must be addicting.”

Aside from the traditional Tantuni wraps and sandwiches, Mardini says he will be modifying his always-fresh menu on a monthly basis. One item in particular, though, has become an early and unlikely favourite among customers. The vegan Cigkofte wrap, which is based on a Mesopotamian recipe from thousands of years ago, features a blend of whole wheat barley, onion, garlic, tomatoes, chili pepper, paprika, isot, and is served with fresh pomegranate. Mardini says he’s a little surprised with the niche item’s popularity.

Mr. Tantuni also features a variety of traditional breakfast and dessert options, along with a vast selection of imported drinks.

“I want to give people that real food taste. When they think of fast food, they usually remember hamburgers,” explained Mardini. “I want them to remember something new.”