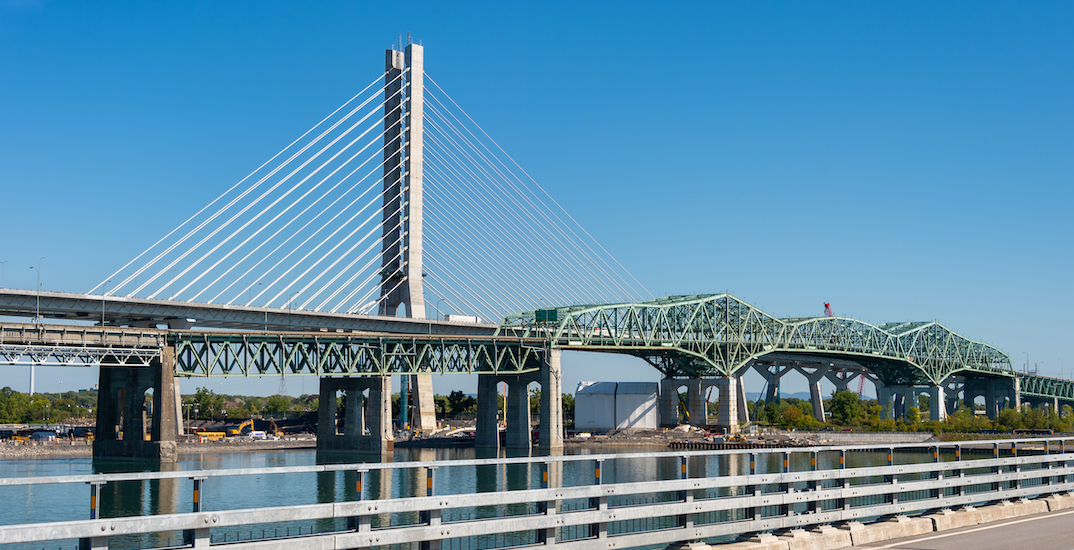 The iconic bridge that connects Nun’s Island to the South Shore is scheduled to be completely dismantled by January, 2024.

The massive deconstruction project, which started earlier in 2020, will be done in three different stages.

The method was announced by the Jacques Cartier and Champlain Bridges Incorporated (JCCBI) company on Tuesday and claimed that Contractors Nouvel Horizon Saint-Laurent G.P. (NHSL) have been chosen for the dismantling.

The deconstruction of sections along the shorelines will be done through floating barges and cranes that will be set up by the Saint-Lawrence River.

JCCBI says some of the old bridge has already begun being taken down, near the foot of the bridge on Nun’s Island.

The company has shared a rendering video of exactly how the dismantling will take place:

“The Champlain Bridge deconstruction project will create jobs, allow for more access to the shoreline and maximize the reuse of materials from a bridge that was an iconic part of the Montreal landscape for almost sixty years,ʺ says Catherine McKenna, Minister of Infrastructure and Communities. “I’m happy that The Jacques Cartier and Champlain Bridges Incorporated and Nouvel Horizon Saint-Laurent are working together to ensure this project is carried out in a sustainable way that minimizes the impact on local communities and protects the environment for everyone’s benefit.”

The old Champlain Bridge’s concrete will be recycled and the floating barge portion of the deconstruction is expected to begin in the fall of 2021.