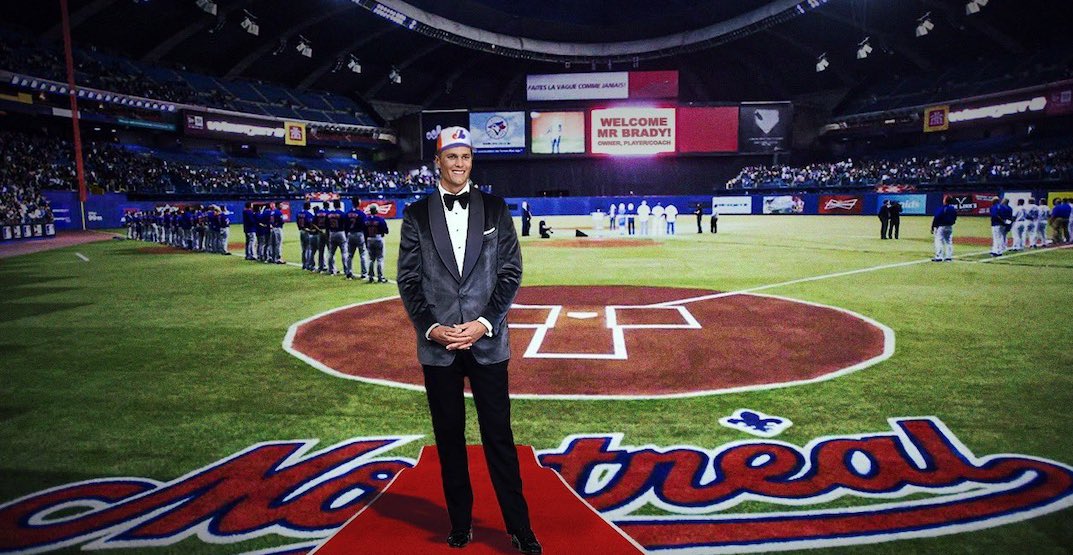 Everyone loves getting in on April Fools’ jokes, even the greatest quarterback of all time.

Tom Brady used both Opening Day in the Major Leagues and the fact that it’s April 1 to joke that he’s bringing the Expos back to Montreal in a Thursday morning tweet, with the help of some pretty nifty Photoshop skills.

“With opening day today, excited to announce we’re bringing the Expos back to the MLB in 2022,” reads Brady’s tweet. “Excited to be the first player/coach/owner in MLB history.”

The seven-time Super Bowl champ was drafted by the Expos as the 507th pick in the 18th round of the 1995 Major League Baseball draft.

We don’t really need to get into which path he chose as he’s become arguably the greatest athlete, let alone quarterback, of his generation.

With opening day today, excited to announce we’re bringing the Expos back to the MLB in 2022. Excited to be the first player/coach/owner in MLB history. pic.twitter.com/Sre5y5LUL2

Brady’s tweet is clearly an April Fools’ joke but a potential Expos return is not completely farfetched.

Stephen Bronfman, the son of former Montreal Expos owner Charles Bronfman, is part of a group of financiers attempting to bring baseball back to la belle province.

In June 2019, Bronfman said he has the financiers to bring baseball back to Montreal and proposed a hybrid-city structure, splitting games between new stadiums in both Montreal and Tampa Bay.

Stu Sternberg, the owner of the Tampa Bay Rays said his ball club can no longer support Major League Baseball for a full 81 home game schedule.

So no, Tom Brady won’t be the player/coach/owner of the Montreal Expos in 2022 but the idea of him at least throwing out the first pitch one day, April Fools’ Day or not, is not completely impossible.

For now, let’s just enjoy Tom Brady in an Expos lid and a tux at the Olympic Stadium because it’s the best we’ve got (so far). The Toronto Blue Jays meanwhile, open up the 2021 MLB season against the Yankees in New York at 1 pm on Thursday.