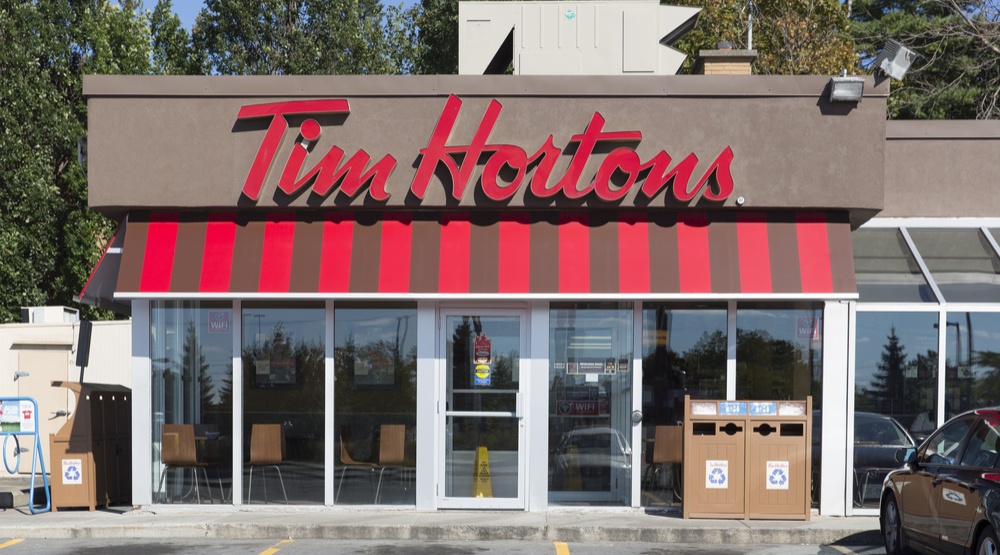 Just because you sell lattes now doesn’t mean you fancy.

Tim Hortons, the iconic coffee chain, often seen as a symbol of Canadian identity, has built its empire on the backs of working-class Canadians.

Quick-service restaurants and drive-thrus enabling speedy coffee breaks, value-driven menus, and even charitable community initiatives have helped cultivate a reputation for Timmy’s that’s (nearly) as reliable and friendly as Canadians themselves. But it seems that the Hamilton, Ontario-born company (now parented by Restaurant Brands International (RBI), majority-owned by Brazilian investment firm 3G Capital) has forgotten who the real Double Double drinkers are.

While the brand has been busy in recent years adding premium lattes to the menu and opening new locations in all corners of the globe, at home in Canada, 2018 has kicked off with mass protests, petitions, and boycotts as Ontario Tim Hortons franchises attempt to offset the newly implement minimum wage increase by cutting benefits and paid (coffee) breaks for its own workers in Ontario.

The irony is not lost on us.

According to the website from worker advocacy group, Fight for $15 & Fairness, “Even the business press agrees that attacking their own employees has created a public relations disaster for Tim Hortons. More and more Canadians are demanding justice. A massive public outcry from coast-to-coast could pressure the corporation to reverse the clawbacks on workers’ wages and benefits.”

With ever-increasing competition from the likes of McDonald’s and indie cafes upping the ante and proving that a fair wage for restaurant workers isn’t impossible, Tim Hortons is risking it all.

Sure Canadians say “sorry,” a lot… but as Tim’s is busy finding out – we’re not all that forgiving when you try to f*ck with our coffee breaks.