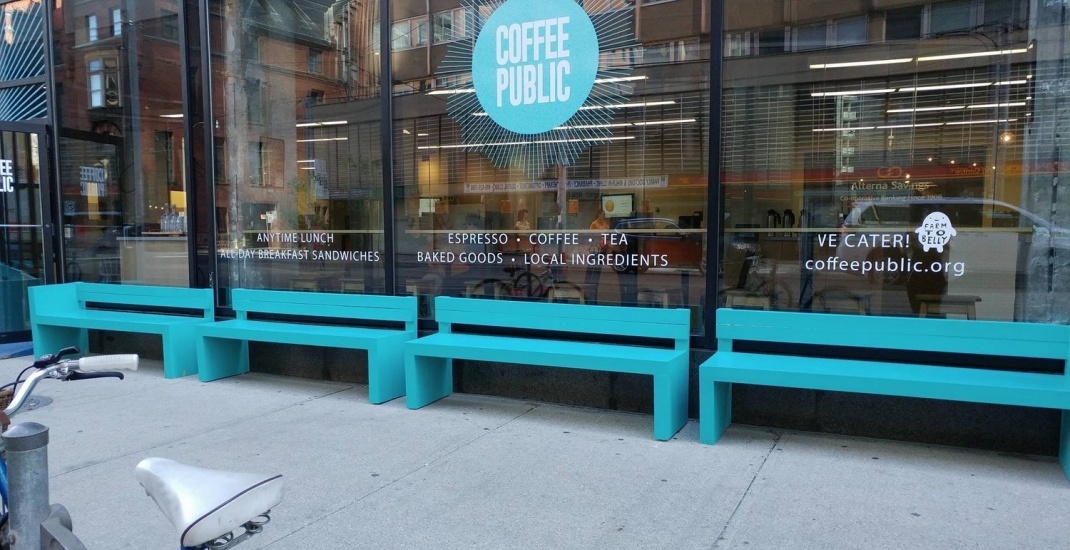 Ontario’s minimum wage increase went into effect on January 1, 2018 and while some restaurants have responded by increasing menu prices or cutting paid breaks for staff, the owners of one Toronto cafe are taking the opportunity to do better than just the minimum required by law.

Coffee Public with locations in Toronto (800 Bay Street, Toronto and 180 Shaw Street, Toronto), and Port Hope (66 Walton Street, Port Hope), shared a letter on social media on January 5 from owners Erin and Nick Cluley that informs staff of a 10% price increase on all menu items, followed by the joyous news that everyone on the team is getting a raise. 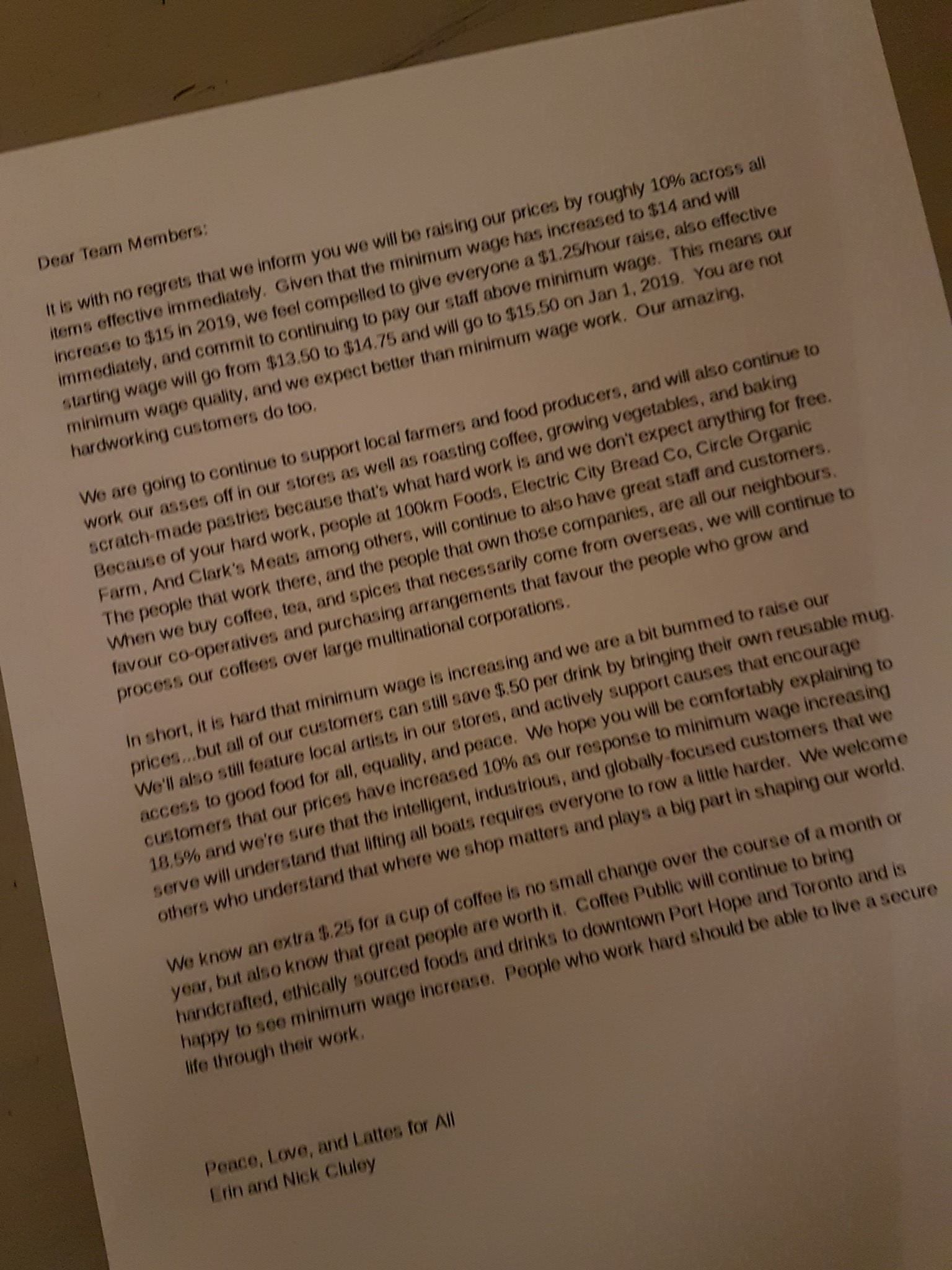 Keeping ahead of the newly established minimum wage in Ontario, the Cluelys raised staff hourly rates from $13.50 to $14.75 effective immediately followed by the promise of an increase to $15.50 starting January 1, 2019–above the $15 minimum wage coming into effect next year.

While menu prices in 2018 are slightly higher than before, Coffee Public is banking on their enthusiastic employees to keep customers coming back, not to mention their large, quad-shot espresso-based drinks and all-day breakfast sandwiches.