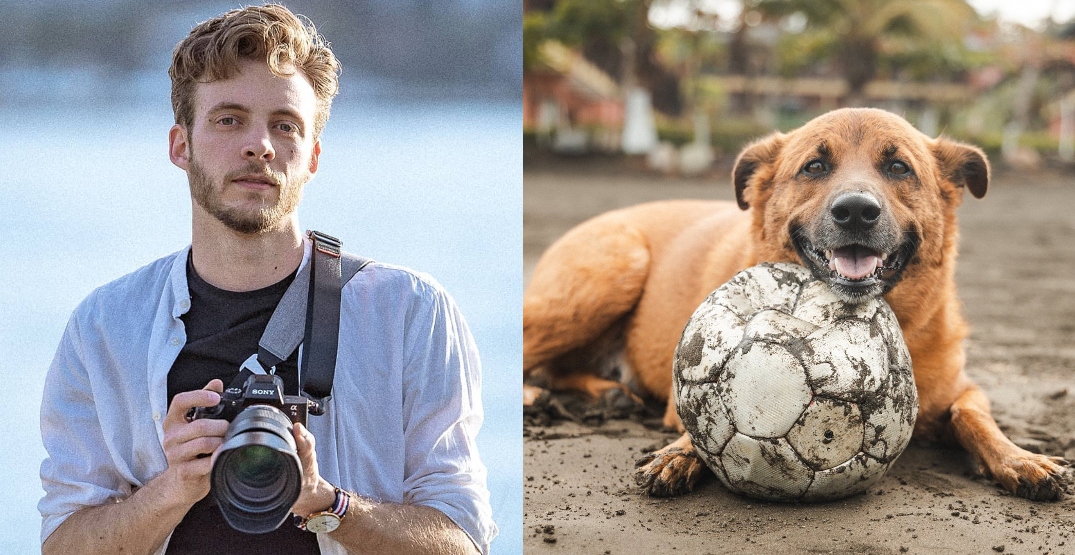 If you’re on TikTok, you’ve likely stumbled upon one of @heykeegs‘ videos on your For You Page. The username may not ring a bell, but two words should help jog your memory: dog photography.

As the unofficial king of “DogTok,” a term he’s popularized, Keegan Robin’s work has become a viral sensation on the social media platform.

The Montrealer, who is a freelance photographer and videographer by day, says he found overnight success on social media a little over a year ago when he strapped a Go-Pro to his chest, hopped on his skateboard, and began capturing images of canines on the Lachine Canal.

@heykeegs Replying to @verse.png @ovoucard is how i give out my email and socials. Makes it easy to send the photos to dog owners. Tap my Iink to get one! #photographer #dogphotographer ♬ Numb – Marshmello & Khalid

“I challenged myself last summer to take one photo per day for 30 days,” Robin told Daily Hive. “I was filming it for a YouTube video. And so, on the 11th day of the challenge, I saw this baby golden retriever. And I thought this picture is like the cutest thing I’ve ever done. So I’m gonna like cut together a little video and why not just like put it on TikTok right now?”

Within a day that video got over four million views. Robin, thinking the virality of his first video may have been a one-off, decided to try again… and again, and again. Each time his videos’ views and like counts skyrocketed. And with that, Robin had accidentally discovered an unlikely niche.

“Essentially those comments of people saying ‘Hey, you’re changing the course of my week,’ or something like that, that feels good to hear and it kind of just drives me to keep making content,” he explained. “Also, meeting dogs is like therapy to me so it’s a win-win situation for everyone.”

The Ontario native first moved to Montreal as an audio engineering student at McGill University about a decade ago. He now spends his summers in Verdun and travels overseas for his photography during the winter. “While I’m traveling, I keep making TikTok videos and get to find dogs all over the world. It’s really fun.”

He credits the friendliness of local and international dog owners for much of his success. “Dog owners, I find them to be super cool people,” the content creator says. “Sometimes it takes them a little second or two to warm up to a stranger. Not everyone expects a photographer to come up to them on their regular walk.”

And lucky for them, they receive an incredible portrait of their furry friend — free of charge.

“They’re giving me their time to allow me to take the pictures and create this content. So I just feel like the least I could do is give them the photos,” he said. “I’ve only had two people say no to me. When you actually look, there are more nice people out there than you think.”

While Keegan says he’s very happy with his current gig, he hopes to one day expand into teaching a beginner’s photography course of his own.

If his students pay close attention, there’s bound to be a lot more wagging tails out there.