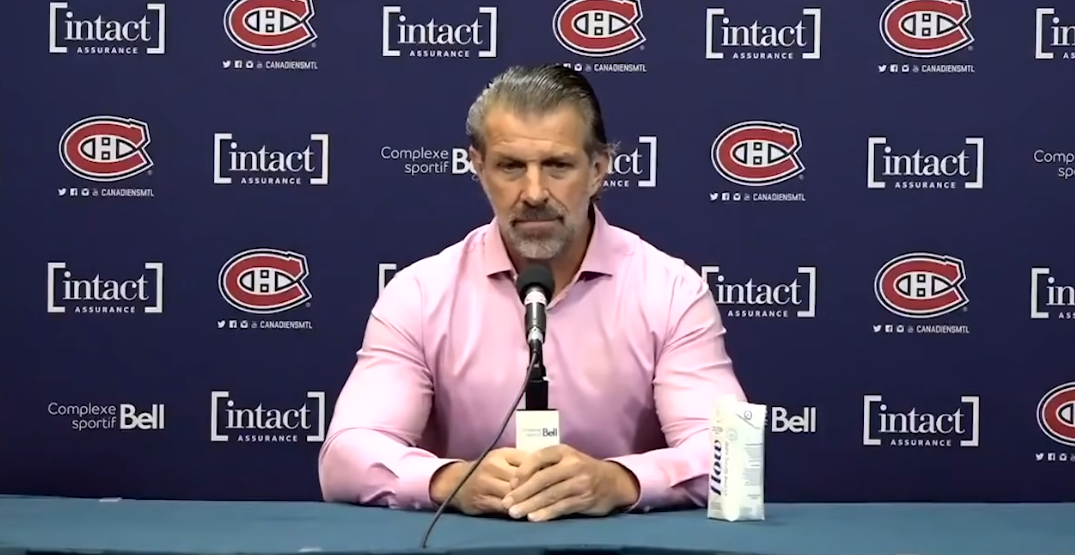 Changes to the Montreal Canadiens’ front office have already begun.

With some reports suggesting that Canadiens GM Marc Bergevin could be getting a front office role with the LA Kings next season, it appears that fresh blood will be entering Les Habitants’ management ranks soon.

The Canadiens’ general manager has been in the role since 2012, but it’s looking more and more likely that 2021-22 will be his last year in charge.

Bergevin is still in line to finish the season in what’s believed to be the final year of his contract, but it’s anyone’s best guess what happens after that.

One name that had been floated as a potential Bergevin replacement was Canadiens assistant GM Scott Mellanby, with was being the key word here.

During Saturday’s game, Mellanby stepped down from the role after seven seasons on the job.

Sportsnet’s Elliotte Friedman reported that Mellanby was recommended by Bergevin to take over the GM job at the end of the year, but “was informed that he is not going to be getting that position and the Canadiens are going in a different direction.”

“The organization would like to thank Scott for his contributions to the team during his time with the Canadiens,” the team said in a release.

According to Sportsnet’s Eric Engels, the first hire of the season could come as soon as today.

If hired, Gorton would likely have a key say in whoever he’s bringing in next to replace Bergevin. Engels added that it seems like Molson is not wavering in the stance the new GM must be able to speak French.

The 6-15-2 Canadiens sit seventh in the Atlantic Division.